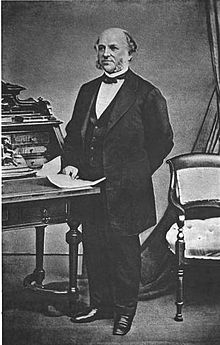 Baptists of the early 19th century joined other Protestant Christians in embracing the modern missions movement. Several colleges of the era were founded in order to train ministers to assist in the reaching of foreign people groups.

One such institution was the Maine Literary and Theological Institute, founded in 1813 by Baptists and other Christians. Established in Waterville, the Institute’s first president was Jeremiah Chaplin, a Baptist theologian. George Dana Boardman, later pastor of the prestigious First Baptist Church of Philadelphia, was the school’s first graduate.

In 1821 the school assumed a new name, Waterville College, and dropped its theology department. And in 1833 students students formed the nation’s first college-based anti-slavery society. Three decades later, the emancipation of slaves came to pass. The war, however, drew away almost all of the college’s students, leaving the institution on the brink of closure.

Today is Waterville’s first commencement dinner following the war and, many anticipate, the last.

Appreciative of the college’s work and concerned about its future, Colby promised president James Tift Champlin that he would provide a matching $50,000 donation in order to save the institution. The money allowed Waterville College to remain open, and in gratitude the institution on January 23, 1867 was renamed Colby University (later College). The school remains operational to the present day.