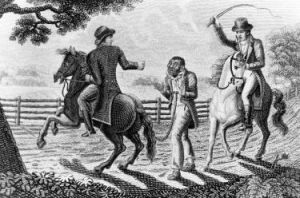 The end is near for the Confederacy, evidenced not only by the successes of Federal armies in the South but also the growing number of slaves escaping behind Union lines.

One former slave, a member of the Galilee Baptist Church in Amite County, Mississippi, recently left behind his shackles, fleeing to freedom.

Like many Baptist slaves of the South, the escapee had been forced to attend the church of his master, the Galilee Baptist Church. Today the slave who “belonged to the estate of John G. Robinson” is excluded (dismissed) from church fellowship for “going off voluntarily to the enemy.”

Hundreds if not thousands of Baptist church records in the South have thus far in the war recorded similar such incidents, a mirror into the reality of slaves exercising what little autonomy they have by fleeing to freedom when the opportunity arises.