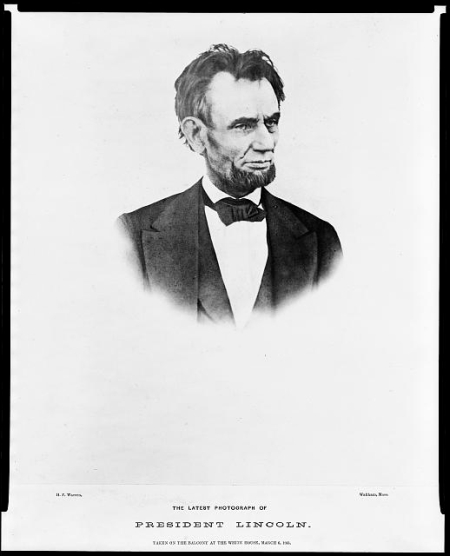 The last photograph of Abraham Lincoln

Unbeknownst to U.S. President Abraham Lincoln, a photograph of him taken this day on the balcony of the White House will prove to be his last. Soon, he will succumb to an assassin’s bullet.

Far away in Florida, also this day, Confederate forces triumph in what will prove to be one of the South’s last significant battlefield victories of the war. In the Battle of Natural Bridge near Tallahassee, Confederate troops, warned in advance and thus prepared for a Union offensive, turn back a Federal force intent on taking the city. As a result of the Confederate victory, Tallahassee survives the war as the only Southern capital not conquered by Union forces.

The month also marks the beginnings of the first African American Baptist Church established in Evansville, Indiana. Informal gatherings begin, with formal organization of Liberty Baptist Church occurring following the war in June. An influx of former slaves into the city leads the church into a period of significant growth in the post-war years. The church remains a vibrant congregation in the present day.