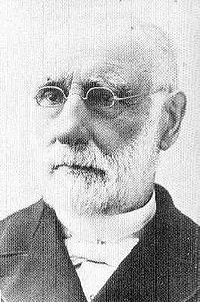 A Vermont native, Gray was converted to the Baptist faith at the age of twelve. Following a period of schooling, he was ordained to the ministry and served churches in Maine and Massachusetts before accepting the pastorate of Washington D.C.’s E Street Baptist Church in 1863.

Popular in the nation’s capital, Gray is friends with Abraham Lincoln, and following Lincoln’s death is one of four clergy to officiate at the president’s funeral services. Gray remains the Senate chaplain for four years. Afterwards he moves to California where he pastors, serves as a denominational leader and becomes dean of the Theological Seminary of Oakland.

Also today the Zion Baptist Church of Portsmouth, Virginia, is established with 318 charter members who have departed from the white Court Street Baptist Church. Rev. E. G. Corprew serves as the congregation’s first pastor. One of many black Baptist congregations formed in the South during the closing months of the war, Zion Baptist remains a thriving church to the present day.