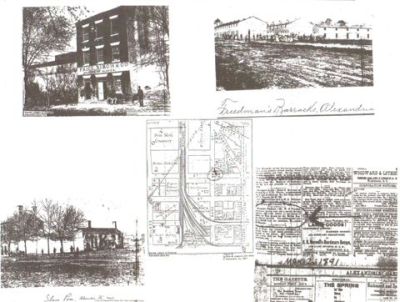 ccupation during the Civil War, Alexandria, Virginia became a safe haven for runaway slaves (also known as contraband). Near an old slave pen area on Duke Street the Shiloh Baptist Church, a congregation of former slaves, began on March 29, 1863. The first worship service was held in a U.S. government mess hall. Upon outgrowing the mess hell, the congregation moved to army barracks, and shortly thereafter to the Staunton School. White ministers Charles Rodgers and E. Owens, and then black minister Leland Warring, served as pastors during the war years.

Warring provides excellent leadership, and today the congregation’s first building, located on West Street, is dedicated. A fire destroys the building in 1872, but does not hinder the church’s advancement. Warring retires in 1889, and a new building is completed in 1893.

The Shiloh Baptist Church remains to the present day, a thriving congregation.