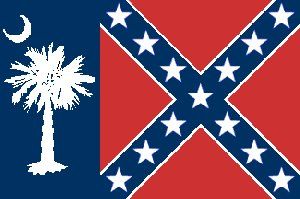 This week the Southern Baptist public reads the recent resolution on “The State of the Country” adopted by the Welsh Neck Baptist Association of South Carolina, established in 1832. A rousing and pointed defense of white supremacy and African slavery without actually utilizing the “s” word (there is no need to use the word, as the Confederate States of America’s identity is inextricably bound to these overriding principles), the resolution reflects the views of most white Southern Baptists throughout the Confederacy. Perhaps, too, many white Baptists of the South (having forsaken their heritage of church state separation in their exuberance over African slavery) share the convictions of Welsh Neck Baptists that church buildings should be turned over to the Confederate state for war-time use.

We have long seen an influence exerted in the United States government — of which we recently composed a part — to pervert the objects of its formation, to change its powers and make it the means of an unholy oppression on a large portion of its constituent parts, which finally united itself with a glowing religious fanaticism, “teaching for doctrines the commandments of men,” denying the truth of Revelation and disregarding its obligations. The increasing evils of a connection with a people whose madness and folly, were directed to the destruction of a portion of their confederates, assumed a magnitude so alarming as to arouse their fears and imagination. Whereupon a number of these States each being an independent political community — feeling that they owed it alike to the claims of human rights, and to the requirements of Jehovah, dissolved the political connection, formed only for the protection of those interests and rights which were despised by their confederates, and have formed for themselves a new government, appealing to God for approval.

With the pretence of preventing this withdrawal, from a Union which the North had made odious and oppressive, a war is waged against us with savage barbarity. The field of strife stretches from the Atlantic to the Mississippi and the broad prairies of Missouri. Our ports, from the Chesapeake to the Rio Grande, are blockaded; and a mighty fleet, prepared with forecast and intrepid energy, laden with munitions of war and men thirsting for our blood, has entered our waters, invaded our soil, slain our brethren, and threatens our property with destruction and our homes with desolation. Our own beloved commonwealth is to be the field upon which the sternest issues of this unnatural and iniquitous warfare are to be met, and where the darkest deeds of our enemies’ hatred are to be committed.

“Plead our cause, O Lord, with them that strive with us; fight against those that fight against us; take hold on shield and buckle and stand up for our help.”

We devoutly respond to the imperative demands of duty, the sacred promptings of religion, the calls of our God — whose fiery, cloudy pillar is before us by night and by day — and cheerfully consecrate our all upon the shrine of our country.

Therefore, Resolved, That we heartily approve of the secession of the Southern States from the Northern and the establishment of a separate government for the South; and feel greatly thankful to our Heavenly Father for affording us, in His Providence, a favorable opportunity to escape from the dominion of the North, before the existence of such circumstances as would render it impossible.

Resolved, That we recognize in the present war, waged upon us by the Northern States, an assault upon the dearest rights to man, and the best interests of our religion.

Resolved, that we feel it our duty, both as citizens and christians, to aid in the maintenance of our inviolable rights and in the expulsion of the invader, by every sacrifice which a patriotic and God-loving people can make. And we hereby tender to the authorities our houses of worship as hospitals and our homes as retreats for the sick and suffering.

Resolved, That we prefer to suffer all the evils which this war can bring upon us rather than be subject to the despotism of the North.

Resolved, That while our faith is implicit as to the successful issue of our cause we will not cease to offer our ardent prayers for our bleeding country, and to implore “the God of battles” to aid us.

Resolved, That we recommend to the members of our churches, and all the South, a speedy and earnest repentance towards God for all our sins; an unreserved submission to His divine authority; an humble trust in Him, and dependence upon Him; the exercise of courage, fortitude, patience and forebearance towards each other, and a readiness, at all times, to peril our lives in the glorious cause.

Resolved, That we honor the name of those who have fallen — whether by the hands of the enemy or of disease — at the post of duty, and tender our cordial sympathies to the afflicted and bereaved.

Resolved, That we are utterly opposed to a reunion, of any kind whatever, with those who have inflicted upon us the direst political and social evils, and with whom we can experience nothing but discord and self abasement.