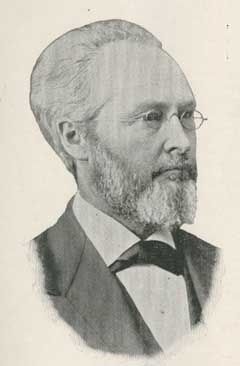 Against this backdrop, Basil Manly, Jr. (illustration) – former pastor of First Baptist Church, Richmond, Virgina, and founding professor of Old Testament at the Southern Baptist Theological Seminary – is resigned to the coming warfare between South and North.

Unlike his slaveholding, ardent secessionist father, Basil Manly, Sr., the junior Manly is privately doubtful as to the rightness of the southern cause.

“The whole is in the hands of God. It may be a cup of wrath for our sins in which he has mingled those elements of confusion and misery – but he knows how to use it, and when to desist.”