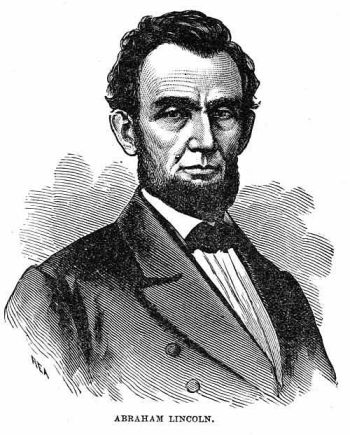 Today U.S. President Abraham Lincoln, over the objection of some advisors, decides to attempt to resupply Fort Sumter on April 6.

The die is cast. Lincoln knows that Confederate forces in Charleston will resist the resupply efforts, which in turn could well lead to the formal beginnings of the war that is inevitable.

Meanwhile, Mississippi ratifies a new state Constitution. Also, former Texas governor Sam Houston, a Baptist and now banished because of his Unionist loyalty, plays his last act in the secession drama. Powerless and disillusioned, Houston knows war lies ahead, and writes a letter recommending that the United States withdraw forces stationed in Texas:

I have received intelligence that you have or will soon receive orders to consantrate [sic] United States troops under your command at Indianola in this State, to sustain me in the exercise of my official functions.

Allow me most respectfully to decline any such assistance of the United States Government, and to most earnestly protest against the consentration [sic] of troops or fortifications in Texas; and request that you remove all such troops out of this State at the earliest day practicable, or at any rate, by all means take no actions towards a hostile movement till further orders by the Governmentat Washington City or particularly of Texas.