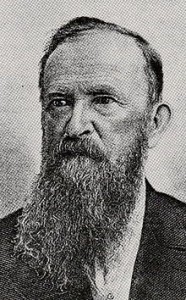 In a reminder that many Baptists of the South are just as pro-war as other southerners, an announcement in this week’s Memphis Daily Appeal makes note of a new weapon of war invented by an enterprising Baptist minster:

The Rev. Mr. Graves, a well known elder of the Baptist church, yesterday showed us a new lance of his invention, which he warrants bound to kill. The blade is triangular, the edges are serrated like a saw, and the wound it would produce would paralyze the whole system. At the end is a weight of iron, by which the center of gravity is thrown lower down the shaft than in the ordinary pike and lance. Below the blade is a guard, in a crescent form, the inner portion of which is formed so as to cut on drawing back the lance. The shaft doubles up in the center for easy carriage. It is intended for both horse and infantry.

In all likelihood, the creator of this rather bloody weapon is none other than James R. Graves (J. R. Graves), former editor of the Tennessee Baptist, who was forced to close the newspaper and flee to Memphis following Union occupation in late February. In addition to being a popular writer and theologian (as the recognized leader of the Landmarkist movement), the entrepreneurial Graves has long been involved in numerous endeavors, including the founding of the Southwestern Company, a business employing students to sell educational books door-to-door. The company yet exists, and has expanded its offerings to other media, in addition to books.

The fate of Graves’ lance, however, is unknown.