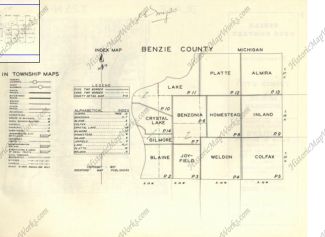 Today Union troops, having landed the previous day on Morris Island in Charleston harbor, begin a campaign to capture the island’s Fort Wagner (also known as Battery Wagner), a well-guarded Confederate fortress built upon beach sands south of Charleston. Controlling the fort would put a little more pressure on the nearby South Carolina coastal city.

The attack begins at dawn in early morning fog. The 7th Connecticut Infantry manage to overrun an outer line of rifle pits, but are soon pushed back by the 1,770-man defensive force under Confederate Col. Robert F. Graham. In the face of heavy artillery fire from the fort, no other Union regiments are able to get close to the fort. This initial attack is thus easily repulsed, although Union forces, embedded on the island, prepare for more attacks in the future. Many Baptist soldiers will be involved in the coming attacks on Fort Wagner.

Meanwhile, far to the north of battle lines, Baptist minister Amariah Joy and his wife Frances, hailing from Vermont and Maine, become the first homesteaders of what will become known as the community of Joyfield (named after Joy) in the state of Michigan in the county of Benzie. The couple lay claim to 160 acres of land, and their new home is four miles from the nearest neighbor. They spend their first winter in near isolation.

Yet the Joys take to their new home, and Joyfield establishes the town’s first post office (and the second in the county) and becomes the first postmaster on February 15, 1864. The Baptist minister preaches the first Baptist sermon in the Grand Traverse region of Michigan, conducts the first Baptist baptism, and helps organize Baptist churches along the nearby northwestern coast of Lake Michigan. The churches serve the spiritual needs of many Free Will Baptists moving down from Canada.

While the elder Joy’s settle Joyfield, son William fights for the Union. He survives the war and moves to Joyfield, writing in 1897:

The vast forest that covered the township in 1863 has mostly disappeared, and in its place we see farms and large clearings, good buildings and fine orchards. Joyfield is destined to be one of the best, if not the best, township in the county.

Thus as some Baptists fight for freedom for all persons on the South Carolina coast and elsewhere, other Baptists exercise less deadly, yet nonetheless important, freedoms of movement and religion in settling the wilderness of Michigan and establishing new congregations for immigrants.