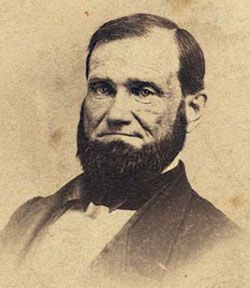 This month two prominent Michigan Baptists find themselves without a job. Dr. James A. B. (1810-1888) and Mrs. Lucinda Hinesburg Stone (1814-1900), having led the American Baptist affiliated Kalamazoo College through two decades of growth, are forced to step down.

The crisis of the Civil war only partially explains the departure of the husband and wife team. The early war years had witnessed an onset of financial difficulties, to which the war’s siphoning off of male students only made matters worse. The trustees, however, blamed Dr. James for the troubles, more than they did the war.

James was Harvard-educated and came to Kalamazoo in high regard. Initially pastoring a Baptist congregation while he presided over the college, he represented the cutting edge of Baptist intellectuals of the era, heartily embracing scientific advances and having knowledge of some twelve languages. 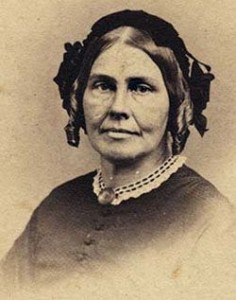 Yet his progressive views, as well as those of wife Lucinda, eventually caused discomfort with some of the school’s trustees. When Dr. James became the school’s first president in 1843,  Lucinda also became involved. Soon, she was teaching both female and male students, a radical departure from collegiate norms. And there was more, deriving from the couple’s activist convictions:

They embraced evolutionary theory, espoused abolitionism and women’s rights, introduced coeducation, taught modern language and literature alongside the classical curriculum, and brought to the classroom a vibrancy and intensity that powerfully shaped their students’ minds. But these policies and practices, though fully in keeping with 19th-century progressive tendencies, were not uncontroversial. In the late 1850’s, the leadership of the local American Baptist Church, which retained control of the college, shifted sharply in a conservative direction. A rigid, parochial spirit took hold—anathema to the Stones’ goal of creating, in Mrs. Stone’s words, “an educational institution, not merely a Baptist College.” She herself was particularly suspect as an example of that dangerous creature, the educated woman. She later described her situation: “Harassed and hindered and trammeled in my work, the time finally came when I felt that I could never, there, realize my ideal of what teaching should be—more—I could not retain my own self-respect and my position at the College.”

Of James in particular:

Doctor Stone was also a believer in co-education, and did more than any other man in the State to secure the admission of women to the University of Michigan. He thought they had a right to all its privileges and it was for them to decide what they wanted to study. Men could not judge for women, any more than women for men, as to what tastes they might indulge, or what they were to do in life. He was not a fanatic in anything, but he never made any compromise with expediency. Much of the trouble which caused his resignation from the presidency of Kalamazoo College arose out of his insisting upon an open, rather than a purely Baptist corporation, for the college. He wanted Kalamazoo College to be an educational institution, not merely a Baptist college. As such he wanted it to take hold of the people of the city and state, and be a moral and intellectual force.

Following the couple’s departure from Kalamazoo College, James remains a leader in education and travels the world. Lucinda’s public contributions, however, eclipse those of her husband, as she becomes recognized as a leading advocate of women’s suffrage during the last three decades of the nineteenth century.

For her contributions to women’s rights, Lucinda is inducted into the Michigan Women’s Hall of Fame in 1983.