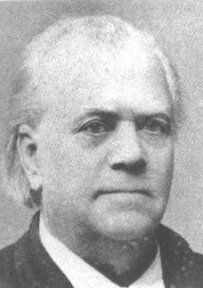 As Union General Ulysses S. Grant makes ready his imminent spring campaign against the Confederate capital of Richmond, the Southern nation observes a day of fasting and prayer, as instructed by Confederate President Jefferson Davis.

Of the many such days proclaimed by Davis during the war, today’s observances are probably the most widely observed, due to the impending offensives by federal armies following staggering battlefield setbacks for the Confederacy during the second half of 1863.

Of all citizens, white Richmonders are perhaps the most fearful, the specter of Grant and his armies looming large. By some estimates, 5000 squeeze into the New Richmond Theatre to petition God to stave off the abolitionist enemy. Together they lift their voices in song. Together they bow their heads in prayer. And together they listen with rapt attention to the words of the featured preacher, John Lansing Burrows, the pastor of the First Baptist Church of Richmond.

Burrows captures both the anxieties and fantasies of his audience when he graphically and fervently images how this war could be brought to a sudden conclusion.

If some patriotic genius could only invent some enginery of war which would render our success certain–if he could gather the electricity of Heaven and hold it back until the favorable moment should arrive, and then let it fall with destructive violence upon the serried host of our enemy, how glad we all would be–how rejoiced by the certainty of a speedy peace.

Far southward, anxiety is also pervasive among the residents of Georgia, upon whose borders Union General William Tecumseh Sherman and his federal armies are poised to launch an assault upon Atlanta and beyond. The “beyond” includes Macon, the middle Georgia city to which some Atlanta citizens are already retreating.

The Fast Day was duly observed in Macon by all the congregations. An unusual solemnity pervaded the city, and the people repaired to their respective houses of worship and bowed humbly before God and besought his favor; and as such appears to have been the case generally throughout the country, we expect the divine blessing upon our people and upon our cause.

While the sentiments of white Southerners are by now effectively splintered as to whether the Confederacy should surrender or continue waging war, prominent Southern Baptist churches, preachers and newspaper editors, following a winter of revivals in the Confederate Army that have bolstered hope among the soldiery, are doing their part to rally citizens to resist the abolitionists at any cost.

Even as many white Baptists and others of the South pray, sing, preach and implore God to save their slave-based nation and society, Northern Baptists white and black–along with countless others–celebrate today’s U.S. Senate passage of the 13th Amendment to the United States Constitution. The constitutional amendment to legally eradicate black slavery represents the white Confederacy’s ultimate nightmare.

Section 1.
Neither slavery nor involuntary servitude, except as a punishment for crime whereof the party shall have been duly convicted, shall exist within the United States, or any place subject to their jurisdiction.

Section 2.
Congress shall have power to enforce this article by appropriate legislation.

The U.S. House must also pass the amendment before it can be put to the states for ratification. Although House approval ultimately seems inevitable, it appears unlikely to happen right away due to this being a presidential election year. Yet should this amendment eventually become law, it will be in the wake of the defeat of the Confederacy, as the votes of at least some Southern states will be necessary for ratification. Already, U.S. President Abraham Lincoln‘s reconstruction efforts have set several southern states on the road to abolishing slavery at the state level.

Despite the fervent hopes and prayers of Southern Baptist elites throughout the Confederacy, there is no weapon of mass destruction to put a stop to the quickening march toward the abolishment of black slavery.