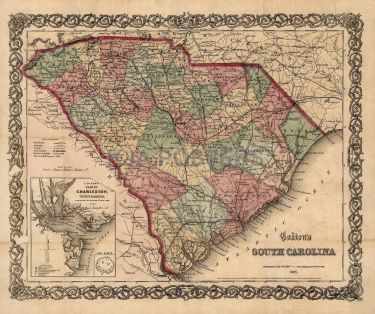 As it has done on a number of occasions in recent months, the South Carolina Confederate Baptist, edited by Jacob M. C. Breaker, again blasts Christians of the Confederacy, including many Baptists, who insist on further entwining church and state in the already de facto Christian Confederate States of America. Church state union is a plague of the “founders” of the “Yankee commonwealth” (colonies), yet even some secular publications in the South are now clamoring for restricting civil offices in the Confederacy to Christians. Never! thunders this week’s Confederate Baptist, reinforcing its status an outlier among the other Baptist periodicals of the South regarding church state issues.

It is one of the unhappy consequences of our former dependence upon the North for publications of all kinds, that the venom of Yankee puritanism has so infected the minds of many persons, that great labor is required to dislodge it, and, in the meantime, great vigilance to prevent it from infecting others. The politice-religious founders of the Yankee commonwealth, identified Church and State; made membership in the one the condition of privileges in the other, and has nurtured that lying spirit which has ever been the most conspicuous characteristic of their descendants. Hypocrisy will always appear, when its presence is solicited by the offer of temporal honors and emoluments.

In spite of the sad lesson of such an experience, there are some among us who would infuse into the frank and tolerant people of these States, the fanatical and proscriptive spirit of New England. A writer in a secular journal says:

“Our opinion is, that if a man is not in possession of a Christian heart–which fact is to be known by his good actions and his belonging to some Christian denomination–he is not fit to be entrusted with an office of any kind, much less the responsible office of law maker for the people. Standing aloof from the church is a sufficient proof that a man does not believe in the doctrines of the Holy Bible, for if he did truly believe the denunciations of the wicked, and the promises of glory to the righteous, therein made, he certainly would belong to some Christian church.”

To require membership in a church as a qualification for civil office–to say nothing of the violation of religious liberty–would be hazardous, even in the purest ages of the church; but at the present time, when a profession of religion is known to coexist with the practice of profanity, covetousness, extortion and fraud, it is a simple absurdity. It is useless to shut our eyes to the stern fact, that, in consequence of the decline of Christian principle, and the imperfect development of true religion, men of the world do not give to members of churches credit for the virtues, which are supposed to constitute the Christian. No man will, prior to enquiry, trust professors of religion sooner than any other member of the community. Defects and inconsistencies are so common among them, that each one of them is put upon his probation before the public; and none is deemed a true Christian, until he has proved himself to be such. It is not taken for granted–as some verdant persons imagine–that a church member  will not lie, or defraud, or extort or steal. The mere profession of religion would be deemed the most fallacious of all qualifications for civil office.

Whilst we readily concede that the attention of voters ought to be devoted, more than it usually is, to the moral qualifications of candidates who solicit their suffrages, we are satisfied that a restriction of the selection to church members, would only offer temptations to hypocrisy, and debase our halls of legislation and our public offices, by filling them with saintly villains, and pharisaical devotees.

Why does Breaker and the Confederate Baptist cling so tightly to their Baptist heritage of church state separation, when other Southern Baptist editors and publications do not? Does the fact that South Carolina is the most pluralistic of Southern states, while having fewer white Baptists than other Deep South states, make a difference? Or perhaps the aristocratic image that the state’s elites project, complete with religious overtones that hearken back to the Anglican Church, gives some South Carolina Baptists pause for equating Christianity too tightly with the Confederate government? Are South Carolina Baptists yet influenced by the legacy of Richard Furman (1755-1825), early South Carolina Baptist leader, and his early-nineteenth century doctrines of Providence and constitutionalism, in which he de-emphasized civil religion while insisting that citizens be religious in their personal lives?

Regardless, the tug-of-war over church state issues between the Confederate Baptist and other state Baptist newspapers of the South continues throughout the war.