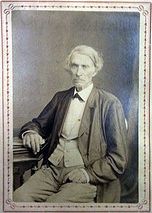 Mere weeks after U. S. President Abraham Lincoln offers amnesty to white Southerners who pledge loyalty to the United States and encourages Southern states to take steps to be readmitted to the Union, many Confederate citizens are seriously considering Lincoln’s offer.

Lincoln is hopeful that his olive branch will quickly peel off Arkansas and Tennessee from the Confederacy. In so doing, other states might soon follow.

Today, Lincoln’s hopes appear well-founded as he responds to Arkansans asking to begin the process of readmission to the Union:

Sundry citizens of the State of Arkansas petition me that an election may be held in that State, at which to elect a Governor; that it be assumed at that election, and thenceforward, that the constitution and laws of the State, as before the rebellion, are in full force, except that the constitution is so modified as to declare that there shall be neither slavery nor involuntary servitude, except in the punishment of crimes whereof the party shall have been duly convicted; that the General Assembly may make such provisions for the freed people as shall recognize and declare their permanent freedom, and provide for their education, and which may yet be construed as a temporary arrangement suitable to their condition as a laboring, landless, and homeless class; that said election shall be held on the 28th of March, 1864, at all the usual places of the State, or all such as voters may attend for that purpose, that the voters attending at eight o’clock in the morning of said day may choose judges and clerks of election for such purpose; that all persons qualified by said constitution and laws, and taking the oath presented in the President’s proclamation of December 8, 1863, either before or at the election, and none others, may be voters; that each set of judges and clerks may make returns directly to you on or before the __th day of _____next; that in all other respects said election may be conducted according to said constitution and laws: that on receipt of said returns, when five thousand four hundred and six votes shall have been cast, you can receive said votes, and ascertain all who shall thereby appear to have been elected; that on the ___th day of _______next, all persons so appearing to have been elected, who shall appear before you at Little Rock, and take the oath, to be by you severally administered, to support the Constitution of the United States and said modified Constitution of the State of Arkansas, may be declared by you qualified and empowered to enter immediately upon the duties of the offices to which they shall have been respectively elected.

You will please order an election to take place on the 28th of March, 1864, and returns to be made in fifteen days thereafter.

Although the war yet drags on with no clear end in sight, reconstruction of the South has effectively begun to the dismay of loyal Confederates. A strong and expanding Union military presence in much of the South, in addition to growing political Union clout in Southern statehouses, is a formidable combination at a time of economic turmoil and military setbacks within the Confederacy.

Meanwhile, a Primitive Baptist preacher in Tennessee today reluctantly takes the oath of loyalty to the United States. Jesse Cox‘s journey to this day provides a glimpse of the effectiveness of Lincoln’s offer of amnesty.

In Tennessee’s secessionist voting of early 1861, Cox, an early Tennessee pioneer, veteran of the War of 1812, Franklin-area landowner and pastor of Big Harpeth Baptist Church, had cast his vote against leaving the Union. A Southerner in sentiment, his vote had little to do with his loyalties, but rather expressed a common view that the disunion was not the wisest choice for the South to pursue.

Cox was not alone Baptists of Tennessee, noting at that time that many Baptists in his area of Tennessee were opposed to secession. Yet mere months after Cox voiced reservations about secession, the pro-slavery advocate had proudly, if apprehensively, watched his son Jesse enroll in the Confederate Army and march off to war. When federal troops approached Nashville later in the war, Cox prayed for deliverance from “an unreasonable foe.”

In the years since federal troops marched into Tennessee, Cox’s horses and cattle have been confiscated. Well does the Baptist minister remember a federal soldier holding a pistol to his head at one point. Cox also is discontented over how the federal presence has brought his preaching opportunities to a standstill, as most Baptist churches in the area are shuttered.

Lincoln’s offer of pardon thus presents a dilemma for Cox. While yet distrusting of the federal troops, he is well aware that signing a loyalty oath to the United States is the only way to ensure continued ownership of his land.

Today, praying that God will forgive him if he is making the wrong decision, Jesse Cox, faced with the loss of his home, pledges loyalty to the United States. His anguished decision, made out of pragmatism, is similar to the decisions of many other poor white Southerners this month and in the months following.

Cox writes little in his diary for the remainder of his life, dying in 1880 on his own land.