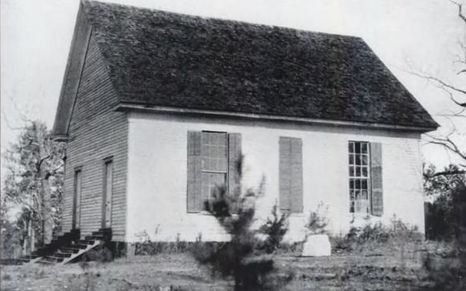 Today in Greene County, Georgia the Springfield Baptist Church of Greensboro is established. The founding of the congregation takes place at a time when many Baptist churches in middle Georgia are striving merely to keep their doors open nearly three years after the beginning of the Civil War. In the midst of such struggles, church starts are quite rare.

Springfield Baptist, however, is no ordinary church. Founded by slaves, it is the first black church established in Greene County, and is among the first black congregations to be formed in the entirety of middle Georgia.

The founding of the church takes place today when four slaves — Henry Porter, Frank Massey, Umply Stocks and Jack Terrell — pool their meager resources together and purchase 1 1/4 acres of land on the southern edge of Greensboro for the price of $6.25.

A few months afterwards congregational members purchase a nearby abandoned depot building to use for worship. Rev. Levi Thornton, a slave, is called as the church’s first pastor. Following the war, area white congregations collect some $200 to help the Springfield congregation construct a new building. A community of now-free blacks grows up around the meeting house and becomes known as the Canaan Community, a reference to the biblical promised land.

In 1978, the church property is listed in the National Register of Historic Places. In 2010 the 111th United States Congress passes a resolution recognizing the church as the oldest black congregation in Greene County and “commends the congregation of Springfield Baptist Church, including its many generations of pastors, church leaders, and families, for serving as a source of encouragement, inspiration, and pride for members of the community for more than a century.” In addition, a historical marker is placed on site by the Georgia Historical Commission.