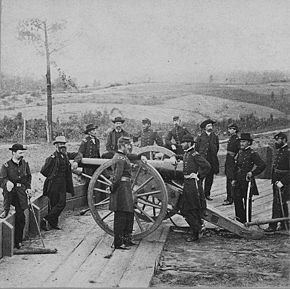 Minor skirmishes mark this day in the Atlanta Campaign. Union forces circle the city on three sides. Under siege for days now, Atlanta residents nervously wonder when the next major battle will take place. Confederate defenders, unable to halt the progress of the enemy, are all the more weakened by the three month long Atlanta Campaign.

In today’s action near Atlanta, a 17-year old Baptist soldier, Nathaniel Brown, is killed. A native of Itawamba County, Mississippi, he is buried in the cemetery of the county’s Mount Pleasant Baptist Church, his life cut far too short by the war over black slavery.

Meanwhile, a contingent of North Carolina Baptists gather at the Bethlehem Baptist Church in Hertford, North Carolina late this month to discuss pressing theological and ecclesial questions and show their support for Baptist soldiers in the Confederate Army.

“Is individual fasting a duty incumbent upon Christians?” is one of the questions debated by the gathered Baptists. Government-proclaimed days of fasting are by now routine in the Confederacy, perhaps leading to the dialogue today. Other questions relate to the paying of ministers to preach the gospel. Should pastors be salaried, or not? Rural Baptists remain divided over the issue. For these and other questions posed, participants argue from both sides. Following several days of stimulating but respectful discussion, it is unclear whether many minds have been changed.

But on one thing all seem agreed: the need to support Confederate soldiers. Accordingly, some $150 is collected to provide copies of the North Carolina Baptist Biblical Recorder to soldiers.