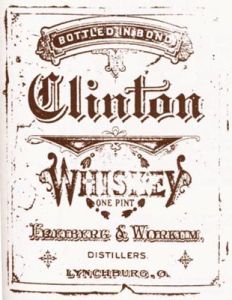 “If you are satisfied the trip to the sea coast can be made holding the line of the Tennessee river firmly,” Grant tells Sherman, “you may make it destroying all the rail-road South of Dalton or Chattanooga as you think best.”

With that, the plans for Sherman’s “March to the Sea” are sealed.

An editorial in today’s South Carolina Confederate Baptist, pointing readers to an editorial in another S.C. newspaper, provides an answer.

Every body was astounded at the defeat of Gen. Early. P. W. A., the correspondent of the Savannah Republican, has had a peep behind the scenes, and thus reports his discoveries.

“Do you ask for an explanation of these rapidly occurring disasters in a portion of the State where the Confederates, until the 19th [of September], never suffered a defeat. It is simple and easily given: We have two enemies to contend with in the Valley, one of whom has never been beaten since Noah drank too much wine and lay in his tent. These enemies are the Federal army and John Barley Corn. Sheridan has been largely reinforced, and the Valley is running with apply Brandy. Here is the key to our reverses. Officers of high position–yes, of very high position–have, to use an honest English word, been drunk–too drunk to command themselves, much less an army, a division, a brigade, or a regiment. And, where officers in high command are in the habit of drinking to excess, we may be sure their pernicious example will be followed by those of lower grades.

Shall I call names? Not now. The names are known to the authorities, and shall be to the country, unless there be a speedy reformation. Let us wait a little to see whether the guilty parties will not reform their habits, and especially whether the President, Secretary of War, Gen. Lee and Gen. Bragg will take hold of these men and punish them as they deserve. Just think of a drunken man in command of a body of men in battle.”

The only enemies our Confederacy has to fear, are Bacchus and Plutus; the former, in the army, and the latter, at home. The love of money and the love of strong drink are the two thieves between whom, our liberty is to be crucified, if it ever perishes. Our noble President can not do every thing, or be every where. If all did their duty as he does the war would soon end.

True to character, white Southern Baptists yet refuse to criticize Confederate President Jefferson Davis, even as the last pillar of the South–the capital of Richmond–is besieged and showing signs of crumbling.