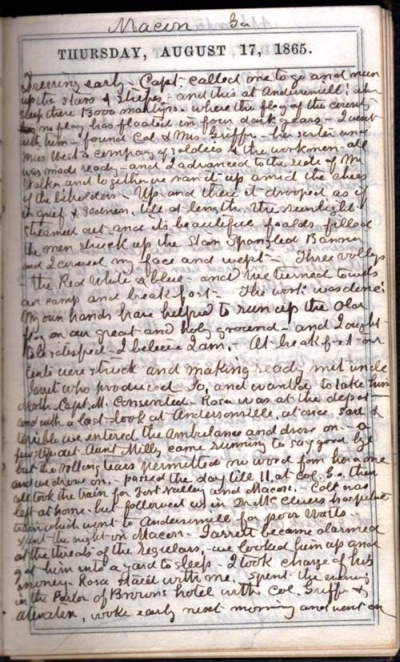 Many Baptists were Union prisoners of war at Andersonville Prison Camp in southwest Georgia, some of whom died in captivity due to the harsh conditions of the open-air prison.

Among the Baptist survivors is Alfred D. Bennet of Huntingdon, Tennessee, one of many from west Tennessee who served in the Union Army. Bennet is scarred for life, remaining bitter about his imprisonment until the day he dies.

In commemoration of the many thousands of lives lost at Andersonville, and thanks primarily to the advocacy and efforts of Civil War nurse Clara Barton (later founder of the American Red Cross), Andersonville today is set aside as a national cemetery.

Some 12,000 graves are officially marked. Barton is given the honor of raising the American flag over the cemetery, an emotional experience for her and many others. In her diary this day Barton notes of the raised flag: “Up and there it drooped as if in grief and sadness, till at length the sunlight streamed out and its beautiful folds filled–the men stuck up the Star Spangled Banner, and I covered my face and wept.”