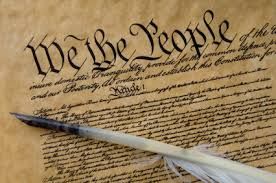 In Lockland, Ohio the Baptist, Methodist and Presbyterian congregations join together for a Thanksgiving service preached by Silas Hawley, a Presbyterian minister.

Entitled, “National Reconstruction: The Glory and Shame of a Nation,” the sermon celebrates the securing of human equality in the Union victory over the Confederate States of America. America is a “righteous” nation, Hawly declares repeatedly. Righteous in that emancipation of the enslaved demonstrates the biblical command to “love they neighbor as thyself.” Why? “Because he is an Equal; he has the same Nature, the same Rights, is put on trial for the same Destiny, and holds, by consequence, the same Place in the scale of being. This, of course, sweeps away every idea of Inequality from among men–the very notion of caste; it makes every man an Equal. It is the very origin of the idea of Equality; the very origin of all true Democracy. Love they neighbor as thyself–the neighbor, white, black, red, olive, any color; treat him as an Equal …. The Golden Rule should be the Golden Law of nations.”

Hawley continues, voicing one opinion (theocracy) anathema to traditional Baptists, and another (human equality) that many cheer. “True Government must be in keeping with the Great Law we have considered; it must reflect, and honor, God’s Supremacy, and Man’s Equality. Hence it must, in its higher element, be Theocratic, and, in its lower, Democratic. God, in government, as in Law, must hold the First place, and Man the Second.”

Hawley laments of the United States Constitution: “As to Divine Supremacy, where is the recognition? And as to Human Equality, where do you find it?” Surely the Constitution should be more explicitly godly. With the victory over the Confederate States, “God, in marvelous clemency, grants us, what he seldom grants a people, the opportunity to correct our organic errors—to rectify the mistakes of the Constitution—to re-lay the national foundations—to re-cast, as far as it is needful, the whole form of Society. This, in Heaven’s special mercy, is our high opportunity. God, winking at the great error of the first builders, and yet toppling down their work, virtually says to us: Try it over again …”

Hawley’s solution? “Put, then, in the National Constitution, a distinct recognition and assertion of the Existence and Rights of God; make it radiant with such recognition and assertion. Make God, God in Christ, to hold His true place in the Instrument. Make it emphatically Christian. We, by profession, are a CHRISTIAN people; put out the fact, therefore, directly, prominently, radiantly, in the Constitution of the Country. And put out the same in every State Constitution. Make it the First Great Law of the Land! And in keeping with this, let the Presidents and Governors, in their Proclamations, recognize God in Christ. Let them be Christian, and not Deistical, Proclamations.”

Continuing, Hawley advocates for rewriting the constitution in order to ensure human equality as “the Second Great Law of the land!”

Of the enshrinement of human equality, many Baptists heartily agree, at least in theory (racism, in reality, is common among Baptist of the North as it is among other white Northerners, religious or otherwise). But of revoking America’s secular foundation and replacing it with a theocracy, few Baptists, it is hoped in the audience this day, are tempted to forsake their heritage of church state separation and side with Silas Hawley.