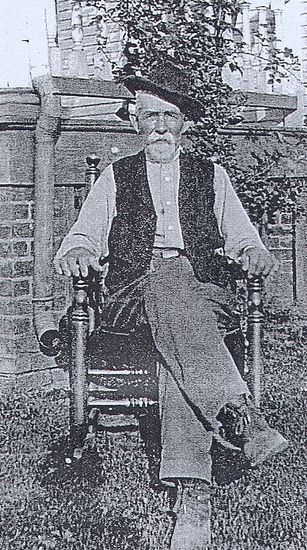 Johnson remains in office for most of the rest of the year, guiding the state through the initial stages of repealing Georgia’s Ordinance of Secession and formally abolishing slavery.

On this same day, Virginian Edmund Ruffin (born 1794), one of the foremost Southern Democrats who demanded in the 1850s that the U.S. preserve African slavery, and subsequently helped push the South into war with the North, takes his own life. His suicide is a result of his despairing of the war’s outcome and his own failing health.

Born in 1846, Riley is a Baptist. He remains a Baptist for the remainder of his long life, dying in 1919. Riley is one of many thousands of Baptists who serve in the Confederate Army, survive the war and live their lives in obscurity. Little remembered outside of family history, their faith is sometimes written of on their tombstones, as is the case with Riley: