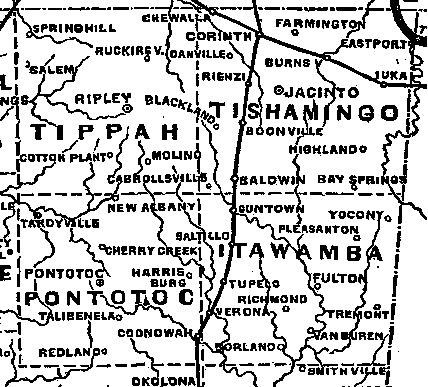 Jefferson Davis and his entourage, seeking to evade capture by federal forces, are fleeing southward. Today they arrive at Wilkes County, Georgia.

Accompanying Davis is Confederate soldier Benjamin Chandler and his slave, Silas, a trained carpenter. Earlier in the war Silas had been the body servant of Sergeant Andrew M. Chandler. When Chandler was injured at Chickamauga in September 1863, Silas helped his master return to his family in Mississippi. With Andrew’s military service over, Silas returned to the battlefront as the body servant of brother Benjamin. Now, Benjamin and Silas are part of a Mississippi contingent accompanying Davis as he flees southwestward. They remain with Davis until ordered to disband on May 7. On May 10 Chandler, accompanied by Silas, surrenders at Washington, Georgia.

Following the war an emancipated Silas returns to Mississippi, reunites with his wife and together they raise 12 children. Silas also becomes a successful carpenter in West Point, Mississippi. In 1868 he constructs a brush arbor for black Baptists adjacent to land owned by Andrew Chandler. Later a meeting house proper is built upon the site.

Silas Chandler — one of thousands of black men who accompanied their masters to the battlefield on the side of the Confederacy, some of whom remained associated with their former masters following the war — passes away in 1919 at the age of 82.