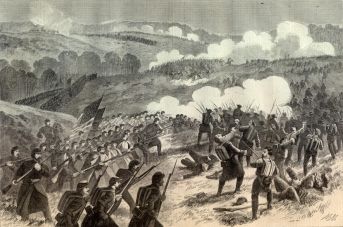 In between, as many as 8,000 hostile engagements took place between Union and Confederate forces. Included in these engagements were hundreds of major battles.

The National Park Service (link) maintains a listing and provides summaries of many of the major battles of the American Civil War.