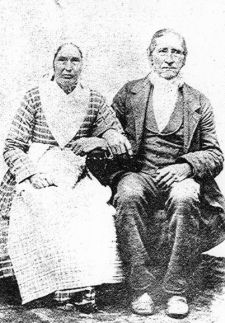 Perry Lee Hickox, born in 1840 in Wayne County, Georgia, is from a large Baptist family in south Georgia, one of twenty-one children, fifteen of whom survive infancy. Perry’s father, David, is from Connecticut. He moved South upon obtaining a land grant in south Georgia, and married Sarah Altman of Wayne County (this was David’s second marriage, his first wife having died in childbirth). Perry is born in the village of Hickox, named after his family, who owns a large farm between Hoboken and Hickox.

Like many farm families in south Georgia, the Hickoxs are Primitive Baptists. Baptized into the High Bluff Baptist Church March 10, 1841, in 1845 they transferred their membership to a newly established congregation, New Hope Church, closer to their home. Upon their deaths, David and Sarah are the first persons buried in the New Hope cemetery.

Today, in the wake of southern euphoria over the recent victory at Manassas, Perry enlists as a private in Company “D” (Seaboard Guards) at Satilla, Georgia. Little does he know what lies ahead for him and his country.

His initial enlistment is for one year, but he serves the duration of the war. Like many Confederate soldiers, he is wounded numerous times in the war. In August 1862 he is wounded during the Second Battle of Manassas / Bull Run. One month later he suffers wounds during the Battle of Antietam / Sharpsburg Campaign (Maryland), and is hospitalized in Virginia during the month of October. Wounds at the battles of Fredericksburg (December 1862) and Chancellorsville (May 1863) also result in hospital stints, precluding a furlough in late June 1863. As the grinding war winds down and the South’s hopes evaporate, Perry fights in the trenches at Petersburg, Virginia. Captured March 25, 1865, he is released from Point Lookout, Maryland – one of the most notable Union Prison of War camps – on June 28. Upon his release, Perry, like many fellow Confederate prisoners of war, walks home.