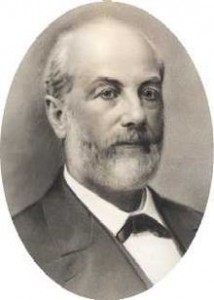 Today, a Sunday, is a formal day of fasting and prayer in the Confederacy, following the devastating losses at Gettysburg and Vicksburg of the previous month.

In Alabama, Baptist minister Isaac T. Tichenor–earlier in the year returned from a stint serving as a chaplain and missionary to the Confederate army and now pastoring the First Baptist Church of Montgomery for a second time–addresses the Alabama legislature. In his address, Tichenor bewails the “weary years of war” and lack of peace, and identifies the problems of greed and pride, as well as abuses within the institution of slavery (not the institution itself, of which he proclaims that “I entertain no doubt that slavery is right”) as the sins of the South.

Of the beginnings of the war, Tichenor declares:

If God governs the world, then his hand is in this war in which we are engaged. It matters not that the wickedness of man brought it upon us, that it was caused by the mad attempts of fanaticism to deprive us of our rights, overthrow our institutions, and impose upon us a yoke which, as freemen, we had resolved never to bear.

Of the future of the war, he predicts:

I confidently believe that in leading us through this fiery trial God is preparing a chosen people for a great mission. He wants a people purified, a people with a proper understanding and regard for all human rights; he wants a people, above all things, who will set the glory of God and the good of the race above all self-centering ambitions.

Tichenor also lifts up himself and Gen. Robert E. Lee as examples of godliness, prescient of the post-war Lost Cause in which white Southerners construct a mythology of the righteousness of their former Confederacy, despite subjugation by the United States.

Many other sermons and addresses are given throughout the Confederacy this day. As in other Confederate locales, many of the residents of the Tennessee town of Chattanooga observe the day of fasting and prayer in their churches. As these observances are taking place, the U.S. Army of the Cumberland, positioned across the Tennessee River, begins shelling the town and docks, sinking two Confederate steamers. Caught by surprise, Confederate soldiers race to their arms. The Second Battle of Chattanooga has begun.

The fight over Chattanooga lasts for some two weeks, with intermittent shelling. The offensive serves as the opening of the larger Chickamauga Campaign between the Union Army of the Cumberland and Confederate Army of Tennessee, in which the Union captures Chattanooga but later comes under siege in the captured city by Confederate forces fortified in the surrounding mountains. During the campaign, the First Baptist Church of Chattanooga is damaged.

Meanwhile, northward U. S. President Abraham Lincoln meets with a twelve-member committee of black men representing the American Baptist Missionary Convention, a convention currently in assembly at the First Colored Baptist Church of the capital city. The chair of the delegation, Leonard A. Grimes of Boston, seeks Lincoln’s support and assurances of safety for their venturing “within . . . military lines [to] minister to their brethren there.” Lincoln responds by giving a letter to Grimes to present to military officials:

To-day I am called upon by a committee of colored ministers of the Gospel, who express a wish to go within our military lines and minister to their brethren there. The object is a worthy one, and I shall be glad for all facilities to be afforded them which may not be inconsistent with or a hindrance to our military operations.

Thus on this one day the effects of the war are manifested in myriad ways, efforts to interpret the war continue unabated, and God is invoked by both nations, as well as by black and white.

Following the war, Tichenor serves as president of Auburn University from 1872-1881. In 1882, Tichenor is appointed as the new president of the Southern Baptist Home Mission Board (formerly the Board of Domestic Missions), newly relocated to Atlanta from Marion, Alabama.