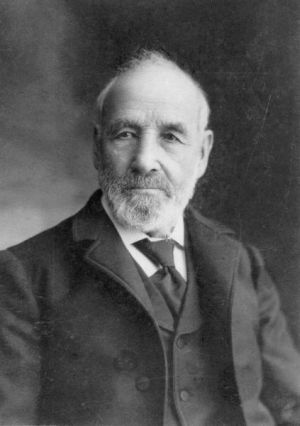 As Union and Confederate forces fight fiercely in Virginia and Georgia, Thomas E. Seerley (1826-1914) is en route to Oregon, one of thousands who are traveling West to seek their fortunes and/or escape the ravages of war. It is a long, dangerous journey by wagon train that Seerley has embarked upon. Many making the trek this year will not live to reach their destination, whether it be Montana or Oregon or California. Disease, hostile Indians, and bad men with guns are a few of the dangers Seerley faces. Yet the South English, Iowa resident is intent upon discovering whether the West might offer a better home for his family.

Over a month has passed since the train of twenty wagons left Iowa in early May. Seerley is a crack shot, keeping the entire wagon party supplied with game. He is also a chronicler, keeping a diary of his travels in which he writes of many of his fellow travelers, including a Baptist preacher by the name of Whitcomb.

On June 11 Seerley’s wagon train joins another train with whom a Baptist preacher is traveling:

Sat 11 still encamped here Jewel & company still above us. went hunting again today. Saw one antelope. lots of crane & one man Saw an Elk on the bluff. no Indians yet show themselves. Saw John today he appeared glad to see me. the weather is drizzly & cold. bad uncomfortable weather. we are now joined in the Madison train & shall have preaching Sundays tonight Mr. Whitcomb will preach at Jewel’s camp. I am detailed on guard duty for morning watch, don’t feel well, will go to meetings

By June 15 Seerley is already a bit peeved with Rev. Whitcomb:

Wed. 15 rained most of last night most of horses got loose about 1 o’clock & all hands got out & secured them again – did not herd them last night for the rain. old man Whitcomb keeps harping around on Baptist peculiarities left camp late – on east bank of E. Bluff creek saw 12 tents & lots Sioux Indians and 3 mile further 30 tents – lots young one & squaws great beggars – drove over sand bluff hard drive 4 miles sand in 4 cliff ridges. Whitcomb & sons stopped before coming into camp. are dissatisfied with Captain –

And today Seerely mentions one of the Whitcombs and describes the terrain:

Thurs. 16 waited until bal. of co. came up all out of fix – left in a train crossed sand hills & stopped at noon in poor grass C. Whitcomb went back for rope we left about 3 o’clock and crossed small creek and all encamped together near bluff rather poor grass. crossed many branches – ground marshy. road bad – no Indians today. lots good willow. 40 mules here that stampeded when man was shot found them below prairie creek – Am tollerably well, like many of our company, woman better.

Whitcomb is one of perhaps several hundred Baptist preachers who migrate West during the war years and become pioneers of their denomination in the western territories, although with time many are largely forgotten, their names lost amidst the vastness of the landscape and the mountain of stories that collectively comprise the settling of the West.

For his part, Seerley does not make it all the way to Oregon. Finding Montana suitable to his liking, he spends two years prospecting for gold in Virginia City, a rough and tumble boom town where fortunes are daily made, and almost as often lost. The Gallatin Valley, home to the new settlement of Bozeman (from which enterprising individuals have established businesses supplying the needs of gold camps, including Virginia City), Seerley finds especially pleasing.

Nonetheless, Seerely decides not to move his family. Earning enough from his prospecting efforts to return to Iowa and his family after two years in Montana, and in the wake of the end of the Civil War, he remains there for the remainder of his life.