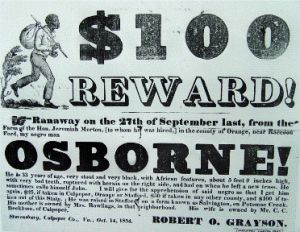 Today Missouri Baptist pastor Jonathan B. Fuller writes a letter from Kansas City addressed to his father back East. Fuller’s words reflect the ongoing tension in the near West border states, tensions that garner little notice in the midst of major battle campaigns in Virginia and Georgia.

As Fuller relates, Sunday church attendance has been down because

everybody is under arms. The soldiers are off scouring the country for bushwhackers. We…are supposed to be in danger of an attack–so all hands, Rebel & Radical–old and young–are armed and standing guard every night.

“Bushwhackers” are guerrillas, irregular military forces from both North and South that roam the western border states during the war. Yet military conflict is nothing new for Missouri. From 1854 to the beginning of the war, the political battle over slavery had encompassed the state as armed pro and anti-slavery factions struggled for control of the region, resulting in much bloodshed. The pre-war skirmishes in Missouri and neighboring Kansas over the question of whether or not slavery should be sanctioned in the state proved to be a harbinger of the greater war over slavery now under way.

Even as the Confederacy is faltering and thousands of black slaves each month are escaping to freedom or being liberated by encroaching Northern armies, many Southern slaveowners in areas not yet impacted by battles carry on as if the cruel institution by which they are enriched is insulated from the war. A sampling of slavery stories and notices in today’s Richmond Daily Dispatch reflect the surreal juxtaposition of confidence and danger in the Confederate capital, located a mere ten miles from a major battle front.

A Thief killed.
–About three o’clock Saturday morning a negro man named Thomas Charles was shot and killed by Mr. Jas Anderson, residing in the neighborhood of Bacon’s Quarter Branch. The fellow was discovered stealing cabbages from Mr. A. ‘s garden, when that gentleman fired upon him with the result above indicated. Charles was formerly a free negro, but having some time since been convicted before the Hustings Court of stealing a cow belonging to Mr. Garland Hanes, he was sold into slavery, and at the sale was purchased by his wife, a free negress. Justice Lee, of Henrico, summoned a jury of inquest over the body, who rendered as their verdict “justifiable homicide” Mr. Anderson was thereupon discharged.

Police Arrests.
–On Saturday and yesterday the following parties were arrested and locked up in the upper and lower cages: Elizs, slave of Samuel Forsyth, charged with stealing ninety dollars in Confederate money, the property of B. C. Brooks; Fuller, slave of David M. Lee, for stealing a piece of bacon from a huckster in the First Market; Frank, slave of W. W. Granger, aiding and abetting in the robbery of Terrence Roney.

Robbery.
–During the absence from home on Saturday night of Mr. Terrence Roney, residing on Clay street, near the corner of 17th, his house was entered and robbed of between fifteen and sixteen hundred dollars, a large proportion of which was in Virginia bank notes. The thieves prized open the rear window with a heavy crowbar, which in their haste to escape they left behind.–Perhaps it may afford some clue to the perpetrators of the robbery. Several negroes residing in the vicinity are suspected.

100 dollars reward.
–Ran away from my farm, in Prince Edward county, on the my man George. He is about 5 feet 10 inches high, well built, nearly black, with loose mouth, thick lips, open countenance, and walks parrott toed. I will give the above reward for the delivery to Hill, Dickinson & Co.
James A. Agnew. je 18–3t*

Three hundred dollars reward.
–Ran away from the subscriber, on the 15th inst my negro girl, Anna, about 19 years old, of dark gingerbread complexion, with rather a grum countenance, but still quite likely, about 5 feet 4 inches in height. I will pay $300 if taken near our picket lines, an if arrested in the city.
I. W. Walker,
Near the cor. of 5th and Grace sts.

500 dollars reward.
–Ran away from Mr. Anderson Willis, on the 2nd of May, from Yanceyville, Caswell county, N. C., a negro man named Wm Isaac, about 27 or 28 years old, of a dark gingerbread color, about 5 feet 8 or 9 inches high. Said negro was bought from Mary C. Clarke, of Chesterfield county, Va., and has some relatives living in Prince Edward county. He has been living with Mrs. Clarke, near Canfield, for some time. I will pay the above reward of $500 for the arrest and delivery of maid negro to Mr. Robt Lumpdon Richmond, Va.
Anderson Willis.
By Robt Lumpdon je 11–

Such articles and notices are daily fare in the Richmond paper, and have been so for decades. Yet upon clear, still nights can now be heard the sound of canon fire from nearby battles. Such sounds encourage more and more slaves to run from their bondage and toward a future of freedom.

God has come to rescue his people.