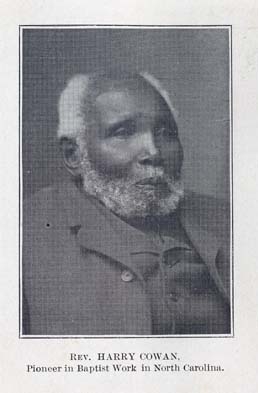 Although Union General William T. Sherman and Confederate General Joseph Johnston a week earlier agreed on terms for a surrender of Jonston’s remaining army, the last large body of Confederate forces, officials in Washington D.C. rejected those terms as too lenient on the Confederacy.

Johnston, however, feels that prolonging the war any further is disadvantageous. Disobeying Davis’ orders, today at Bennett Place in North Carolina Johnston sits down again with Sherman in an effort to hammer out lasting peace terms. This time Johnston essentially surrenders outright, bringing an end to the war in the Carolinas, Georgia and Florida. Nearly 90,000 Confederate troops lay down their arms as a result of the agreement.

During the war Johnston has been attended by his body servant, Harry Cowan (1810-1904), a slave and a Baptist preacher who was born near Mocksville. According to a history of black Baptists in North Carolina, Cowan “preached every night during the struggle except the night when General Stonewall Jackson fell in battle.”

During the entirety of his seventy years in ministry Cowan baptizes some 8,000 persons, preaches over 1,000 funerals and conducts over 1,000 weddings. Cowan dies in Winston-Salem in 1904 as perhaps the foremost black Baptist minister in the state of North Carolina. Meanwhile, as Johnston surrenders and Cowan is set free, the manhunt for John Wilkes Booth, Lincoln‘s assassin, comes to an end when he is killed in a confrontation with Union officials in a burning barn in Virginia.