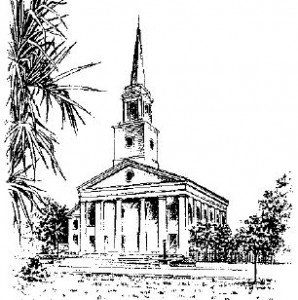 As the year draws to a close, Southern Baptist leaders convene to evaluate the status of their depleted and financially-stricken mission boards and seek a way forward.

“At the time the war commenced the Foreign Mission Board of the Southern Baptist Convention, located in this city, had about thirty-five Missionaries laboring among the heathen. This number has been greatly reduced in consequence of the difficulty of transmitting funds during the terrible conflicts of the country. The Board have not, however, abandoned their work, but have been able, to some extent, and in different ways, to forward remittances and to keep up their most important missions. They now begin a new series of endeavors in this line, and are hoping gradually to reinforce their stations in China and Africa.

The Domestic Mission Board, located in Marion, Ala., have kept in the field all through the war more than one hundred Missionaries, and now they propose with new vigor to prosecute their great work.

We have already referred to the fact that a called meeting of the Convention will be held at Russellville, Ky., on the Tuesday before the fourth Sunday in May next. The introductory sermon will be preached by Rev. William T. Brantly, D. D., of Augusta, Ga.; alternate, Rev. J. T. Tickenor, D. D., Alabama.”

White Southern Baptists, formerly among the largest slaveholders in the South, in regards to home missions must transition from the war-time focus on army missionaries to new realities. African Americans, freed against the will of slaveowners, are a potential field. Even so, white Southern Baptists thirty years after the war’s conclusion yet insist that slavery rescued black persons from evil and afforded them some advantages.

“One of the most interesting features of denominational history in the South is that of the colored Baptists. The beginning of their spiritual history antedates their political emancipation more than a century. True, the enslavement of the black man was a monstrous evil alike to slave and owner, and yet there were incidental advantages springing even from slavery that were incalculable to the Negro.American slavery is dead, never to be revived, and there could be no satisfaction derived from a reproduction of arguments in its defense, even if the disposition should exist; yet there were advantages incidentally derived from the institution, without which the colored people must have remained barbarians. While many thousands of them were subjected to the most exacting labor, and oftentimes to cruel treatment, there were yet many other thousands whose labor was light, who were exempt from cruel servitude, and who were favored by being brought into daily contact with the highest culture of the South. In the capacities of maids, housekeepers, seamstresses, and nurses, of hostlers, coachmen, and attendants, they served by the ten thousand in the most cultured of Southern homes. Docile, gentle, and impressible, these people became the unconscious possessors of innumerable advantages which rendered them excellent service when the period of emancipation came.

Associated with the youth of the whites, thousands not only secured the rudiments of an education, but many became musicians, speakers, reciters, and writers, and many were enabled to absorb the conventionalities of social life. Easily receptive and deeply emotional, many bright slave boys caught the spirit of oratory from the numerous rehearsals of the white youth, and when the restraints of slavery were lifted, they flashed into sudden prominence as preachers and as public speakers. To many of them the transition was an easy one from the incidental benefits of slavery to a response to the demands made upon them when they were thrown upon their own resources. Back of much of the phenomenal advancement of the black man lay the numerous small advantages enjoyed during his enslavement, which advantages, in the aggregate, were considerable ; so that the Negro was not an untutored savage when liberation came. Many there were who had been imbruted by cruel masters ; many who suffered from lack of the necessaries of life ; many who were degraded by the most vicious impositions ; still there was a large favored class whose gain was immense, and without the enjoyment of which the race would have been deplorably helpless when the boon of emancipation was received.

In recording these facts, there is no desire to rob the colored man of any merit which justly belongs to him. That he deserves much credit is true ; that he deserves the meed of praise for his prompt and appropriate use of means placed within his reach the fair-minded will not deny ; and that he has been able to accomplish so much in the midst of adverse conditions, is a matter of no small wonder and an occasion of much commendation.”