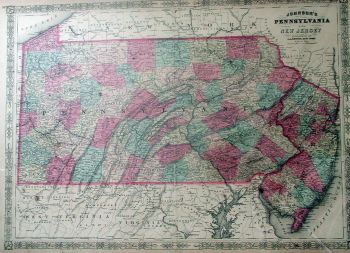 Moore’s release from the army takes place in Pulaski, Tennessee, far from his home.

A painter, Moore enrolled in the U.S. Army on March 27, 1862, becoming a part of Company G, 1st Illinois Cavalry. Upon completion of his first term of service, he re-enlisted later in 1862 with Company L, 14th Illinois Cavalry, attaining the rank of Second Lieutenant.

Among the many battles he took part in were Knoxville, (Tenn.), Kenesaw Mountain, Chattahoochee River, Decatur, Atlanta, Duck River, Franklin, Columbia, and Nashville.

After the war Moore returns to New Bethlehem, resumes his painting business, marries and raises a family. In 1869 he is elected a deacon in the New Bethlehem Baptist Church.

William Moore’s story is reflective of many Baptist layman of the North who survive the war as young men, then afterwards live productive lives, contributing to the rebuilding of America and raising families.