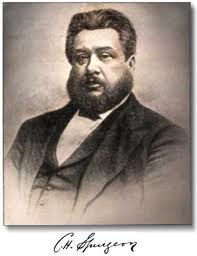 Abraham Lincoln’s inauguration and his call to raise troops creates added tension within uncommitted southern states. Today, the Arkansas secession convention votes against secession by a 39 to 35 vote. Yet, the divided state delegates then unanimously vote to put the secession question before the people of the state in a referendum scheduled for August.

Across the Atlantic Ocean, Charles Spurgeon, famed British Particular Baptist preacher, relocates his congregation to the newly-constructed Metropolitan Tabernacle at Elephant and Castle, Southwark. Seating an estimated five thousand people, and with standing room for another one thousand, the Metropolitan Tabernacle is the largest church church building of its day and the forerunner of late 20th-century megachurches.

Yet white Baptists in the South – and white southern Christians in general – have little appreciation for the work of Charles Spurgeon. The British preacher for years has been speaking out unequivocally against slavery, and his books are now routinely burned and banned by white Southern Baptists.