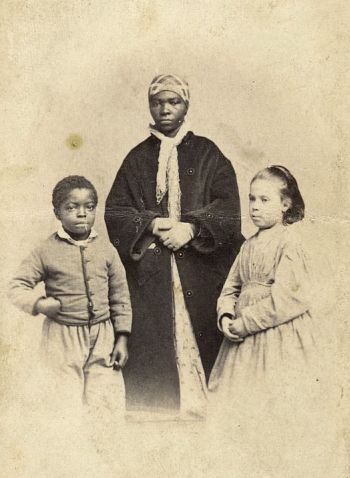 Today one of the worst fears of Southern slaveholders is realized: the first school for emancipated slaves is established in Alexandria, Virginia by Mary Chase, an African American woman. The laws of southern states, with the lone exception of Tennessee, have long decreed that it is a crime to teach African slaves to read and write. Education of slaves is illegal in the South for the straightforward belief that the acquisition of knowledge would empower slaves to effectively resist their bondage. Some white Baptists in the South, to their credit, have in recent years complained about this law, arguing that slaves should be allowed to read one book: the Bible. On the other hand, many white Baptists join the majority of other southern whites in fearing that if slaves are allowed to read the Bible, a book comprised of themes of freedom and liberation, they would gain possession of a powerful moral and religious argument for their liberation.

Thus, while the opening of Mary Chase’s school for former slaves (known as “contraband,” the current word for former slaves emancipated under President Lincoln’s less-than-one-month-old Confiscation Act which granted the Union army power to confiscate the property of southerners, including slaves, involved in the southern rebellion) does not make headlines in the South, it is a remarkable victory against the efforts of southern whites to forcefully hold African slaves in the darkness of ignorance.

Two weeks later, Mary Peake, a free black woman, establishes a similar school at Fortress Monroe, also in Virginia, sponsored by the northern American Missionary Association. Whereas only five to ten percent of southern slaves are currently literate, the two schools for former slaves established this month will, in the years to come, slowly begin to transform the prospects of America’s black population.