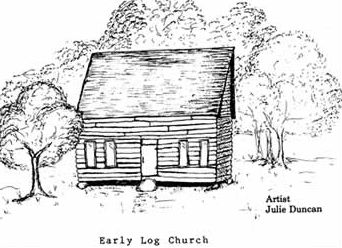 The public use of alcohol has dropped dramatically in portions of the South, much to the approval of Southern Baptists.

Confederate President Jefferson Davis’ recent declaration of martial law in Richmond, coupled with prohibitions against the distillation and selling of alcohol, offers some hope that God’s obvious displeasure toward the new nation, evidenced in recent battlefield reversals, might be mitigated. Baptists look forward to a decline in drunkenness, while many southerners in general welcome the laws that are in part designed to ensure that corn is used as food for citizens, rather than in the production of spirits.

Meanwhile, imbibers are unconcerned about God’s wrath: behind closed doors they continue partaking of their favorite spirits that are now quietly brewed beyond the prying eyes of the state.

Even before the war started, a handful of Baptist congregations in the South had voiced staunch opposition to alcohol. Among these congregations are a number who are members of North Carolina’s King Mountain Baptist Association, and who in 1859 led the association to prohibit the distilling and consumption of alcohol among members. Yet many congregations within the association opposed the mandate, and eight split from the body to form their own association.

Davis’ prohibition of alcohol further stokes the fervor of North Carolina’s anti-alcohol Baptists, who this month pass a second resolution against the distillation of spirits.

The war itself, characterized by Confederate soldiery who too often exhibit few qualms when it comes to the use of alcohol, drives a mounting anti-alcohol fervor among many Southern Baptists at large. Yet the end of the war quickly takes the spotlight off of alcohol. In 1866, with more food available to feed southerners, the Kings Mountain Baptist Association overturns its previous bans on distilling. In response, breakaway churches reunite with the association.

The temperance movement, however, has arrived to stay, and in the coming decades an anti-alcohol mentality slowly but surely seeps into Southern Baptist life and eventually, in the early 20th century, leads the Southern Baptist Convention to oppose alcohol altogether.