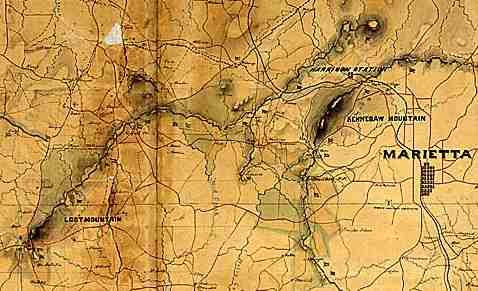 The correspondence which follows explains itself. We give it a place in our columns as showing the determined spirit with which the [various] religious denominations are resolved in the prosecution of the present war. It [is] this spirit which will eventually bring triumphant through the present struggle to achieve the independence for which we are contending. Sacrifices are to be made in the example set by the Christian denominations of Georgia, in surrendering the bells which have summoned their congregations to the house of worship, [which] will have a effect inspiring in the highest degree.

Enclosed is a copy of a letter from four clergymen of Marietta, Georgia, tendering [the] bells of their churches to be cast into cannon for the use of the Confederate States. The offer has been accepted.

The several congregations of the town of Marietta, Georgia–viz: Episcopal, Presbyterian, Methodist, and Baptist — having resolved to present their church bells to the Government of the Confederate States, to be converted into cannon for the public defence, have charged the undersigned with the duty of tendering the same. We therefore take pleasure in stating to you that they are subject to your order, whenever the Government shall think it proper to make use of them for the purpose [earlier] mentioned.

With fervent prayers for the success of our cause, we are, with great respect, yours, &c.

Note: The transcription of the document is poorly done and hard to read.