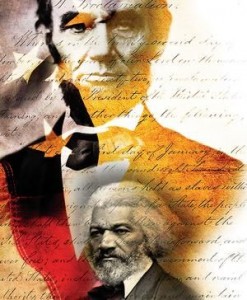 Union Gen. Ulysses S. Grant today writes U.S. President Abraham Lincoln, voicing his “hearty support” of arming blacks in the war against the Confederate States. For Grant, the letter reflects evolving convictions; earlier in the war, Grant had not voiced sympathy for the emancipation of slaves.

After the fall of Vicksburg I did incline very much to an immediate move on Mobile. I believed then the place could be taken with but little effort, and with the rivers debouching there, in our possession, we would have such a base to opperate from on the very center of the Confederacy as would make them abandon entirely the states bound West by the Miss. I see however the importance of a movement into Texas just at this time.

I have reinforced Gen. Banks with the 13th Army corps comprising ten Brigades of Infantry with a full proportion of Artillery.

I have given the subject of arming the negro my hearty support. This, with the emancipation of the negro, is the heavyest blow yet given the Confederacy. The South care a great deal about it and profess to be very angry. But they were united in their action before and with the negro under subjection could spare their entire white population for the field. Now they complain that nothing can be got out of their negroes.

There has been great difficulty in getting able bodied negroes to fill up the colored regiments in consequence of the rebel cavalry runing off all that class to Georgia and Texas. This is especially the case for a distance of fifteen or twenty miles on each side of the river. I am now however sending two expeditions into Louisiana, one from Natchez to Harrisonburg and one from Goodrich’s Landing to Monroe, that I expect will bring back a large number. I have ordered recruiting officers to accompany these expeditions. I am also moving a Brigade of Cavalry from Tennessee to Vicksburg which will enable me to move troops to a greater distance into the interior and will facilitate materially the recruiting service.

Gen. Thomas is now with me and you may rely on it I will give him all the aid in my power. I would do this whether the arming the negro seemed to me a wise policy or not, because it is an order that I am bound to obey and do not feel that in my position I have a right to question any policy of the Government. In this particular instance there is no objection however to my expressing an honest conviction. That is, by arming the negro we have added a powerful ally. They will make good soldiers and taking them from the enemy weaken him in the same proportion they strengthen us. I am therefore most decidedly in favor of pushing this policy to the enlistment of a force sufficient to hold all the South falling into our hands and to aid in capturing more.

Thanking you very kindly for the great favors you have ever shown me I remain, very truly and respectfully

Rev. Mr. Parker. Pastor of the South Congregational Church, being absent, engaged with a minister from the ‘rural districts’ to supply his place, said clergyman never before having occupied Mr. Parker’s pulpit. In walking down Main-street, when opposite the South Baptist Church, he inquired of a passer by if that was the South Church. Being answered in the affirmative, he walked gravely up the centre aisle, and took his seat in the pulpit. Presently Rev. Mr. Cushman, who was to preach, came in, and seeing a stranger in his place, asked one of the deacons who he was. Nobody knew. So Mr. Cushman ascending the steps, took his seat alongside the stranger. The compliments of the day were passed, the organ meanwhile playing the voluntary. The stranger takes up the hymn book to select the hymn, but [???] recognizing the book, asked Mr. Cushman if that was the book used in that church. Mr. C. replied ‘Yes.’ The stranger then asked Mr. C. if he was to preach, and receiving an affirmative answer, said: ‘There must be some mistake here, as Mr. Parker requested me to fill his place this afternoon.’ ‘Bless you,’ replied Mr. Cushman, ‘this is the South Baptist Church, the South Congregational Church is just below. With many apologies for the mistake, the stranger took his hat and retired gracefully, though somewhat in haste, down the side isle, amid the hall-suppressed smiles of the congregation, reaching Mr. Parker’s church just in time to allay the fears of the congregation assembled there, that they were not going to have any minister that afternoon.