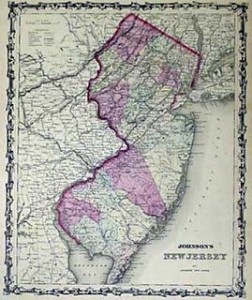 The effects of the Emancipation Proclamation are rippling throughout the South and the North. In the Confederacy, slaves are escaping from their masters in ever greater numbers and many are now in Union Army uniforms, stationed in Union-controlled areas of the Southern Atlantic seaboard. For their part, slave masters and overseers are forced to keep ever-closer watch over their chattel, for despite Southern white assertions that Africans are happy and fulfilled in a state of servitude, those remaining in bondage have always longed for freedom and now sense that their liberation is near.

In addition to worshiping autonomously, the roster of charter members reveals something else that is almost always unavailable to enslaved Africans: the sanctity of marriage. Husbands and wives are among the original congregational founders in the New Jersey church, whereas slaveowners in the South rarely acknowledge the institution of marriage among their chattel. Marriage among slaves is unofficial, and husbands and wives are often forcefully separated, while infants are frequently sold to the highest bidder as soon as they are weaned from their mothers.

The freedom that the Emancipation Proclamation promises includes the liberty to live as family.

For now, the little congregation in Burlington meets for Sunday School and worship services in local homes. Freedom and autonomy is uppermost in the minds and evidenced in the actions of the congregation; a building will come later for this newly-birthed congregation that yet exists to this day.