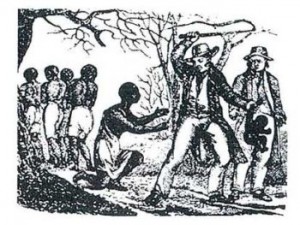 Some Baptists have apparently voiced criticisms of Southern Baptist Convention resolutions, passed in May, blessing the mingling of Church and Confederacy. An editorial in today’s Christian Index offers a defense of the Southern Baptist Convention’s insistence upon the Confederacy as God’s chosen nation defending the biblical institution of slavery.

Some small opposition was made to an expression of opinion by the Southern Baptist Convention, in reference to the state of the country; but the following just views from our South Carolina contemporary, states the matter so pointedly that we cannot refrain from copying and endorsing them;

“We concur most heartily in the decision of the convention. Two years ago it was deemed proper to the world our adherence to the Government of the Confederate States. The duty was incumbent upon us, as a denomination, to say to what Government we owe our allegiance, who was the Caesar that claimed our obedience. We were in a state of revolution. Two rival claimants challenged our allegiance. It, therefore, became a solemn duty on our part, to say which of them, in our judgment, constituted the “powers that be.”–If the original declaration of our position was right, its repetition was not less so. Nay, circumstances has made this renewed declaration a matter of vital importance. It was stated in Yankee journals, that our people had begun to waver; and that the genuine, although suppressed, sentiment of the South was in favor of reconstruction. The contradiction of this gratuitous assertion was imperative, especially upon a body convened for no political purposes, but simply representing the interests of Christ’s kingdom; and this decided utterance of the Baptist Convention will avail more in assuring our enemies of our real position as a people, than any declaration from a merely political assemblage.

Another consideration justificative of the interposition of the convention, although exclusively a religious assembly, in the affairs of our country, is found in the fact that the war which has been forced upon us by our assailants, is grounded in opposition to an institution which is sustained by the sanctions of religion. They assume that slavery is a sin and therefore ought to be abolished. We contend that it is a Scriptural institution. The very nature of the contest takes the point in dispute out of the category of politics, and delegates it to the sphere of Christianity. We are really contending for the precepts of religion, against the devices of the wisdom of this world, and it is, therefore, not only the policy, but the duty of religious bodies to define their position in this great contest. The convention has done well in giving unambiguous utterance to its sentiments on this subject.”

The reality, of course, is that the sentiments of common white Southerners are wavering as the war grinds on. Rather than heeding the growing chorus of these dissenting common folk, Baptist newspapers typically give voice to the views of elites — slaveholders — whose prosperity is at stake in the war with the United States.