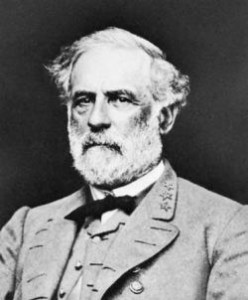 Today Isaac E. Howd, pastor of the Whitehall Baptist Church of New York, delivers a war-themed discourse. “God in Providence” is a sermon delivered “in memory of Sergeant L.S. Gillett, Co. C, 123d Regt., N.Y.V.”  L.S. Sergeant is Leonard S., who was killed earlier this month in the Battle of Chancellorsville. Gillett is one of many Baptists killed in this month’s fighting, his death adding to the collective mourning and questioning of God’s providence among the family and friends of the deceased.

Preaching of the war from the pulpit is likely not uncommon North and South, and questions posed by the massive loss of lives are doubtlessly addressed from time to time in sermons. And yet posterity has been left with few Baptist sermons from the war years, leaving stunted the historical record of the pulpit during the war.

Of course, Baptists are not the only ones concerned with the providence of God at this time. This very day, Confederate Gen. Robert E. Lee — friend and hero to many white Baptists of the South — in preparing for summer military campaigns pauses to write a letter to his wife, in which he expresses hope of God’s hand upon his army:

“I pray that our merciful Father in heaven may protect and direct us. In that case I fear no odds and no numbers.”

Whether from pulpit or home front hearth or army camp or battlefield, the ever-present reality of death daily drives soldiers and civilians alike to plumb the depths of faith for assurances that transcend the present sorrows of the earthly realm.