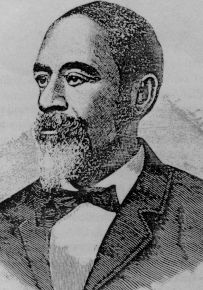 Despite the war and white Nashvillian’s rising suspicion of free blacks in the city, the white Spring Street Baptist Church established a new “African Mission” for blacks in January 1862. In this new mission church George Dardis found a new spiritual home, alongside of Randall Vandavall (1832-1898), another black Baptist minister who was chosen as pastor.

Yet this congregation too proved short-lived, as federal occupation of Nashville led to the abandonment of the Spring Street congregation and their African mission. The occupation, however, allowed Vandavall to purchase his freedom.

In the months thereafter, some of Nashville’s black Baptists continued informally gathering together for worship and prayer. Not until this month does the Spring Street Baptist Church reopen, now under the leadership of a Northern Baptist missionary, Daniel W. Phillips of the American Baptist Home Mission Society.

Meanwhile, the Union Army establishes a contraband camp for fugitive slaves. In 1864 and 1865 some 2,000 former slaves are housed on the site. Many of the freepersons are Baptists, and Vandavall ministers among them.

Phillips soon befriends Vandavall, and together with the help of American Baptists they establish a Baptist college (Nashville Normal Theological Institute, later Roger Williams University) for training black preachers. The school merges with LeMoyne–Owen College in 1929.

In 1866, Vandavall founds the First Baptist Church of East Nashville. Originally meeting in Vandavall’s home, the church is formally chartered in 1882. Vandavall becomes a prominent leader in Nashville, having a public school named after him, being awarded an honorary doctorate of divinity degree, and serving on the Negro Committee of the 1897 Tennessee Centennial Exposition. Vandavall dies in 1898.

First Baptist Church East Nashville, its beginning made possible by this month’s re-opening of the Spring Street Baptist Church, yet exists and thrives in the 21st century.