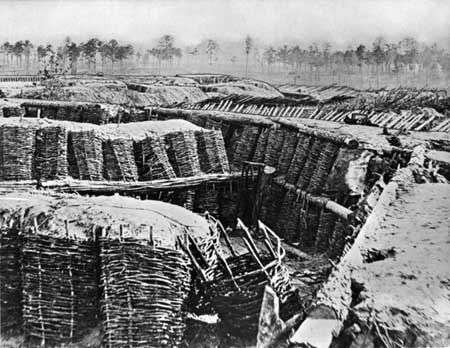 From the border state of Kentucky, a Baptist writes of the war-generated excitement in his state. Benjamin Franklin Hungerford (1825-1916) is a Baptist minister who has also served as president of several Kentucky Baptist schools. He is an observer of the war, not a soldier. A New York native, Hungerford is a Union man and is anti-slavery, yet desires immediate peace with the Confederacy, and is thus opposed to Abraham Lincoln‘s dogged prosecution of the war. Hungerford embodies Lincoln’s fears of losing the November presidential election to a peace candidate.

From 1862 through the remainder of the war he maintains a diary that reveals his interest in the war, of which he remains well-informed.

In recent weeks, however, Hungerford has neglected his diary entries. Today he returns to journaling, offering a summary of what has happened the past two months, as well as commentary and personal opinion regarding the war at large.

Daily immense armies have been confronting each other repeatedly in fierce combat. Daily hundreds have been sacrificed upon the bloody field and hundreds more died in prisons & hospitals. Daily all the frightful horrors of civil war have been felt until by familiarity a once refined people have become so demoralized that unmoved they look upon the basest outrage & unheeded let pass unpunished the grossest crimes. Virtue has indeed departed from us and the palladium of American liberty has forever gone. The goddess of wisdom, virtue, & Liberty has been dethroned & the sceptre fallen from her grasp. O, how have the mighty fallen! God alone can end the strife. Man is foolish in counsel & weak in strength. Will the prayers of the pious, the tears of the widow, & the cries of the orphan be unheeded? Our land is bathed in blood. Our people drown in sorrow. We lie down at night, only to dream of midnight murder, robbery, & burnings. We rise in the morning only to enter another day of anxiety and trouble. O that this War, this wicked cursed war might cease! Better peace on any terms than any longer to continue. God speed the day.

Meanwhile, from the Confederate capital, today’s edition of the Richmond Daily Dispatch offers the following summary of current war news. In speaking positively of the Confederate’s position, the writer evidences (unspoken) continued hope that Confederate strength will force the United States to offer the same peace settlement that Hungerford desires.

The situation in front of Petersburg is unchanged. Some skirmishing and a good deal of picket firing continue on our right, the lines being very near to each other, and the temptation to take an occasional shot at the Yankees irresistible. On Wednesday there was some cannonading all day on the left and centre, and in the afternoon the city was briskly shelled by the enemy’s batteries near the river. This was the first regular shelling of any consequence for several weeks. The only damage to property was the partial burning of one small tenement, and the only casualty the killing of a negro in the lower part of the city. The cannonading on the left was kept up, with occasional intermissions, until a late hour of the night…

….We are not aware of the future plans of our commanding officers, but feel assured that they will be dictated by good judgment and carried out with success….

….Nothing of importance occurred on the lines south of Petersburg yesterday; but the indications are that we shall have stirring news from that quarter before many days elapse.