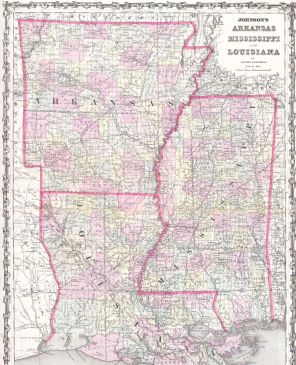 One year after the United States Army seized control of Alexandria, Louisiana, the Union abandons the town. Union Gen. Nathaniel P. Banks orders that the town be left intact, but two corps, ignoring the general’s orders, set about plundering and burning the city. By the end of the day, the flames have spread and the town is largely burned to the ground.

A native Canadian and until recently the pastor of the First Baptist Church of Seabrook, New Hampshire, Charles H. Corey, now working for the United States Christian Commission and assigned to Louisiana, witnesses the tragedy.

My visit to Port Hudson made impressions respecting this work which were never removed.

While at Port Hudson news came of defeat and repulse up the Red River. General Banks had fallen back, and in consequence of falling water some of his gunboats could not get below Alexandria. On arriving at this city I found thousands of men. Here was a fine field for Christian activity. Preaching, prayer-meetings, personal interviews with soldiers, white and colored, hospital service, and so on, absorbed all of my energies.

Finally the enemy got below us, cut off our communications, destroyed some of our transports, and planted batteries on the river banks. From two to three thousand men, for ten or twelve days and nights, worked under the leadership of LieutenantColonel Joseph Bailey,* of the 4th Wisconsin Volunteers, ” often up to their waists, and even to their necks in the water,” until a dam was thrown partly across the river, which was 758 feet wide above Alexandria. By this means a sluice-way was formed. Our situation was growing desperate; our sick were increasing, and we were on 3hort rations; our gunboats were unable to move, and the entire force was imperilled. The dam was fortunately a success. On a beautiful summer evening the gunboats swung from their moorings, and passed successfully through the sluice-way, to the delight of cheering thousands who stood beholding that thrilling spectacle. Next morning I strolled along the river bank which was lined with negro women and children; bales of cotton were thrown down the steep embankment and destroyed; the street was filled with moving army wagons. Presently a huge black smoke was observed rolling heavily upward.

The city was soon wrapped in flames; houses, stores, churches, everything seemed on fire; women and children were in tears, and the transports blew their whistles. I hastened through crowded streets, dodging among teams and infantry and galloping couriers, just in time to reach the Ohauteau, the hospital boat to which I had been assigned, before she steamed out of danger. The fire was of incendiary origin, and General Banks sent men to extinguish it. The land forces had marched early in the day. Towards evening the fleet, consisting of about fifty vessels, including gunboats and transports, moved slowly down the river, until we tied up for the night. In the morning the infantry tried to cut its way across the country, a cloud of dust marking the line they took. The fleet moved cautiously down the river. The silence of those wooded shores was repeatedly broken by volleys poured into us by those concealed by earthworks on the bank. We finally reached Atchafalaya Bayou which the army crossed over, and we on the transports eventually reached New Orleans in safety.

Corey is later re-assigned to Charleston, South Carolina, where he witnesses the conclusion of the war. Afterwards the Baptist minister serves as a missionary among the freedmen.

Meanwhile, the Union continues pursuing the subjugation of the rebellious states in the Wilderness and Atlanta campaigns. Today the Battle of Spotsylvania Court House, part of the Wilderness Campaign, is one of the bloodiest days of the entire war. Having breached Confederate defenses at what becomes known as the Bloody Angle, Union and Confederate forces desperately fight in hand-to-hand combat. In the trenches, the Confederate dead pile up five deep. Only a temporary truce called in the midst of the confusion prevents the death count from mounting further this day.

Also today, the first soldier is buried in Arlington House (later Arlington National Cemetery) on the Potomac River, the former estate of Robert E. Lee. The dead soldier is a Confederate prisoner of war who had died in a nearby military hospital.