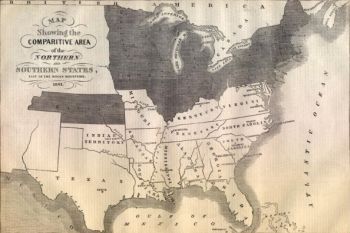 As Sherman overruns Georgia and Lee is pinned down in Virginia, the Confederacy has placed great military hopes in General John Bell Hood‘s invasion of Tennessee. Hope, however, far distant from reality in the rapidly-sinking Confederacy, is not to be found in Tennessee as the Federals defeat the Rebels yet again, this time in the Battle of Spring Hill in Maury County.

Nonetheless, this day goes down in infamy for the United States military due to action far to the West. A force of Colorado Territory Militia, reacting to months of ongoing skirmishes between Indians and white settlers, attack a peaceful village of Cheyenne and Arapaho, slaughtering as many as 163 Indians, many of whom are women and children.

The massacre eventually results in the condemnation of the attack, even as the killings lead to heightened, retaliatory attacks by Indians upon whites that continue for years. Today’s massacre is one of many events that collectively comprise a narrative of U.S. determination to subdue and confine Native Americans to the margins of society and public thought, to which many Indians, overwhelmed in number and firepower, put up spirited but ultimately fruitless resistance.

Meanwhile, churches and other Christian organizations are thriving in the United States, in no small part due to the rallying effect that the war against slavery and for freedom (excluding Indians) has had upon so many aspects of institutional Christianity. In many instances, organizations are formed that bring together differing denominations. Such is the case this day in Michigan, where the Young Men’s Christian Association of Detroit is birthed through the cooperation of the city’s major denominations. In this united effort, Baptists seem more enthusiastic than do many Episcopalians.

The Young Men’s Christian Association, organized last fall, was inaugurated in the happiest manner, on November 29, 1864, at Merrill Hall, over one thousand persons being in attendance.

The addresses were characterized by earnestness, Christian feeling and determination to give the young men of Detroit hearty co-operation in their work of love.

Many Christian souls were gladdened at seeing Episcopalian, Baptist, Presbyterian and Methodist ministers on the same platform, all working together as a band of brothers. “Behold how good and how pleasant it is for brethren to dwell together in unity!”

We were particularly pleased to hear the Rev. Mr. Paddock. Some Episcopalians had felt disposed to throw cold water on the enterprise, and we feared that their support might be withdrawn. A pleasing instance of Christian charity was evinced in the speeches of those who followed the Episcopal brother. Although his speech was direct and to the point, yet it had an aspect which was open to sharp criticism, but instead of this being met and frowned down, all that was admirable in the Reverend gentleman’s remarks was very warmly approved and endorsed. “We learn that one Episcopal rector refuses to accept honorary membership in the Society. We have others of the Dudley Tyng stamp, who do not speak of the Episcopal denomination as “The Church” and from all of these, assistance in Christian love may be expected.

The Society has fitted up and furnished with excellent taste two large rooms in the Merrill Block; and with liberality worthy of all commendation, opened their reading room to the public.

The rooms are open every day, except the Sabbath, from 8 A. M., to 10 p. M. Devotional meetings are held every Monday evening at 7. Bible Class every Lord’s Day afternoon at half past 4.

We commend this Institution to the hearty support of the Christians of Detroit of every name.