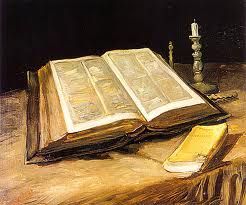 With Atlanta now safely in Union hands, U.S. President Abraham Lincoln is able to rest a bit easier. The capture of the Southern city bolsters the president’s re-election prospects, and, assuming Lincoln’s re-election (which is not yet a given, despite Atlanta) almost assures a United States victory over the rebellious Southern states.

Against this backdrop, today’s Washington Daily Morning Chronicle publishes an account of a private White  House visit, and a letter of thanks from Lincoln, that took place yesterday.

The story, however, begins on July 4th past, a day on which freedmen from Baltimore inscribed a Bible to be presented to Lincoln.

The inscription in the Bible reads as follows: “To Abraham Lincoln, President of the United States, the Friend of Universal Freedom, from the Loyal Colored People of Baltimore, as a token of respect and Gratitude. Baltimore, 4th July 1864.”

On July 6 a representative of Baltimore’s free blacks wrote Lincoln asking as to a proper time to present him with the inscribed Bible. For whatever persons, perhaps because of the press of war, Lincoln apparently did not reply. Two more letters, written in late August, seemingly command Lincoln’s attention following the fall of Atlanta.

Hence, readers of today’s Washington Daily Morning Chronicle learn of the White House presentation of the Bible from Baltimore’s freedmen the day previous. The delegation from Baltimore represents the city’s black Christian community, including Baptists.

`Yesterday afternoon a Bible was presented, on behalf of the loyal colored residents of Baltimore, by Revs. A. W. Wayman, S. W. Chase, and W. H. Brown, and Mr. William H. Francis, to President Lincoln. The members of the committee were introduced by Mr. S. Mathews, of Maryland, and individually welcomed by the President. This ceremony having been concluded, Rev. S. W. Chase addressed the President as follows:

`MR. PRESIDENT: The loyal colored people of Baltimore have entrusted us with authority to present this Bible as a testimonial of their appreciation of your humane conduct towards the people of our race. While all others of this nation are offering their tribute of respect to you, we cannot omit suitable manifestation of ours. Since our incorporation into the American family we have been true and loyal, and we are now ready to aid in defending the country, to be armed and trained in military matters, in order to assist in protecting and defending the star-spangled banner.

`Towards you, sir, our hearts will ever be warm with gratitude. We come to present to you this copy of the Holy Scriptures, as a token of respect for your active participation in furtherance of the cause of the emancipation of our race. This great event will be a matter of history. Hereafter, when our children shall ask what mean these tokens, they will be told of your worthy deeds, and will rise up and call you blessed.

`The loyal colored people of this country everywhere will remember you at the Throne of Divine Grace. May the King Eternal, an all-wise. Providence protect and keep you, and when you pass from this world to that of eternity, may you be borne to the bosom of your Saviour and your God.’

Lincoln replies to the delegates with great gratitude, expressing a reverence for the Bible:

This occasion would seem fitting for a lengthy response to the address which you have just made. I would make one, if prepared; but I am not. I would promise to respond in writing, had not experience taught me that business will not allow me to do so. I can only now say, as I have often before said, it has always been a sentiment with me that all mankind should be free. So far as able, within my sphere, I have always acted as I believed to be right and just; and I have done all I could for the good of mankind generally. In letters and documents sent from this office I have expressed myself better than I now can. In regard to this Great Book, I have but to say, it is the best gift God has given to man.

All the good the Saviour gave to the world was communicated through this book. But for it we could not know right from wrong. All things most desirable for man’s welfare, here and hereafter, are to be found portrayed in it. To you I return my most sincere thanks for the very elegant copy of the great Book of God which you present.

The Bible, having driven the abolitionist movement prior the war, has also helped empower the resolve of the United States in the war with the Confederate States over black slavery. Lincoln’s personal journey has been reflective of the role of the Bible in public life of the North, as the president was raised in an abolitionist Baptist church.

Lincoln’s personal religious sentiments at this time in his life are debatable. Undisputed is that the president is appreciative of the Bible’s New Testament moral teachings on God’s desire of equality and freedom for all. In addition, Lincoln is perhaps more assured today than he has been to date that the North’s view of the Bible will triumph over the South’s Old Testament biblical world view of white supremacy and black slavery.

In so much that the war can, in one dimension, be construed as a war of the Bible against the Bible, the copy of the “Book of God” which Lincoln receives from Baltimore’s freedmen represents the triumph of a Bible that expresses God’s equal love and compassion for all humankind, teaching freedom for all.