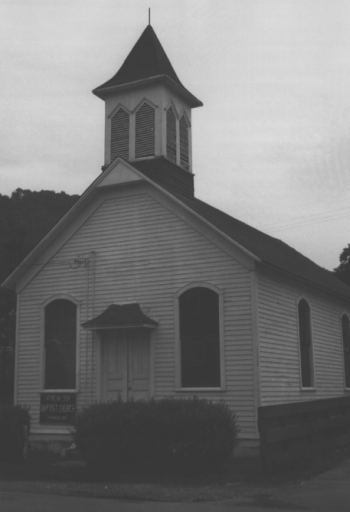 In the early post-war months the African Zion Baptist Church of Tinkersville, in West Virginia’s Kanawha Valley, has emerged as the area’s “main organization completely owned and controlled by Negroes.”

Organized in February 1863, the congregation initially met in the home of Rev. Lewis Rice, a champion of religious and secular education for blacks.

Considered as the “mother church of the Negro Baptists of West Virginia,” the African Zion Baptist Church influences the future of America’s black community. About this time a young Booker T. Washington and his family, recently arrived to work in the nearby salt mines, join the church. Washington remains a member of the church until he moves in 1872 to attend Hampton Institute, three years later returning and resuming his involvement with the church.

In 1872 the church relocates to nearby Malden and erects a new sanctuary, a building that is now on the National Registrar of Historic Places.