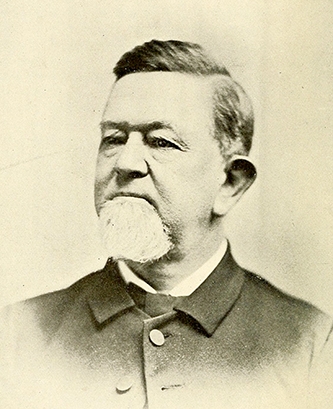 This month Thomas Henderson Pritchard (1832-1896), a Confederate chaplain during the war and more recently the pastor of the First Baptist Church of Raleigh, North Carolina, is called as pastor of First Baptist Petersburg, Virginia

A native of North Carolina and graduate of Baptists’ Wake Forest College, a young Pritchard switched from his law studies to study for the ministry. Pastoring in North Carolina and Virginia prior to the war and in Maryland during the early years of the war, he was imprisoned by Union forces in 1863 during an attempt to travel South.

Eventually returning to North Carolina, Pritchard was appointed as a chaplain and colporteur to Gordon’s Corps in the Army of Northern Virginia, preaching to Confederate troops as revival swept the ranks. It was after this that Pritchard was called to pastor the First Baptist Church of Raleigh.

With the war over, he remains at Petersburg for three years before returning, yet again, to pastor First Baptist Raleigh. His third stint there lasts for eleven years, after which he is appointed president of Wake Forest College.

For the remainder of his life Pritchard remains a leader among Southern Baptists, as an educator, pastor of large congregations, trustee of colleges and seminaries and writer.