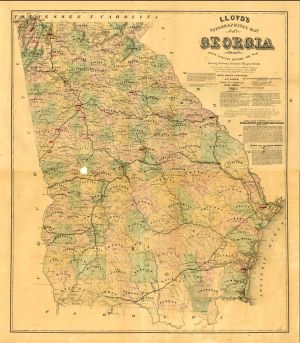 Prior to the war the Madison Baptist Church in Georgia, like many other congregations in the Deep South, had almost as many black members as white members. Most, if not all, black members were slaves, their presence forced by their masters and policed by white church members.

In 1859 a new church sanctuary was constructed.

The war tore many young white men from the church, some who never returned.

In the months following the war, at least some white members expressed a desire for black members to remain, in order that they might be kept under control. Others would just as soon that there be a parting of ways. For their part, black members have no interest in remaining under the domination of white Baptists who for generations insisted that the enslavement of the black race was the will of God.

Today in a conference (business session), the white members pass a resolution stating that if black members wish to start their own church, their white brethren would allow them to do so. This same scenario is repeated in hundreds, if not thousands, of Baptist churches this year.

Two weeks later, on September 16, “a large number of blacks appealed to Rev. S.A. Berry, the clerk of the Madison Baptist Church for letters of dismission.”

The request is granted. The white members of the Madison church allow their former black members to hold services in the church’s old meeting house, and there the Calvary Baptist Church is birthed.

Two years later the church, in partnership with the Freedmen’s Bureau, starts a school. Church membership grows dramatically, and over the next two decades several building changes take place. In addition, Calvary becomes the leading church in the area, hosting the formation of the Madison Baptist Association and the State Sunday School Workers Convention.

The Calvary Baptist church remains to this day a vibrant congregation in the town of Madison.