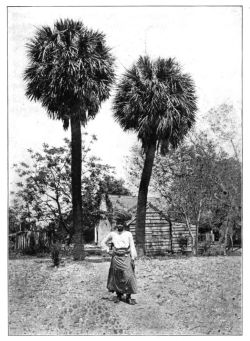 In South Carolina’s Low Country, former wealthy plantation owners seek re-possession of the lands and homes they abandoned during the war.

Among those trying to regain their property are many of the richest Americans prior to the war, their wealth bound up in hundreds or thousands of slaves and massive land holdings. During the war the arrival of Union armies along the coast led planters and their families to flee inland. Confiscating the plantations, the U.S. government resettled former slaves on the land and eventually claimed legal ownership of the plantations due to unpaid taxes. In some instances, the government sold plantations to former slaves. Otherwise, the lands near the end of the war were divided up and given to freedmen.

With the war over and a Southerner in the White House in the person of former Tennessee governor Andrew Johnson, many of the well-connected former plantation owners appealed directly to the president. Although as traitors to their country they legally had no right to their former lands, and were prohibited from applying for amnesty, President Johnson evidenced his weakness in applying the law by granting special pardons to most who requested them.

Johnson’s leniency in turn set up a conundrum in regards to the lands, as a flood of ownership claims landed on the desk of General Rufus Saxton, overseer of the freedmen’s resettlement program in the Sea Islands. Of the freedmen currently in possession of the land, many, perhaps most, are Baptist.

General, I have the honor to report that the old owners of the lands on the Sea Islands, are making strong efforts to regain possession of them. These Islands were set apart for the colonization of the freedmen, by General Sherman’s Special Field Order no. 15: Head Quarters Military Division of the Mississippi: In pursuance of this Order, which was issued as a military necessity, with the full approval and sanction of the Honorable Secretary of War, I, as you are already aware, have colonized some forty (40) thousand Freedmen, on forty (40) acre Tracts. promising them that they should have promissory titles to the same.

I consider that the faith of the Government is solemnly pledged to these people, who have been faithful to it. and that we have no right now to dispossess them of their lands. I believe that Congress will decide that Genl Sherman’s Order has all the binding effects of a Statute, and that Mr. Stanton will sustain you in not giving up any of these lands to their late owners. I respectfully ask that this Order which I have carried out in good faith, Shall now be enforced, and that no part or parcel of the lands which have been disposed of under its just provisions, shall, under any circumstances, be restored to the former owners. It seems to me not as wise or prudent to do injustice to those who have always been loyal and true, in order to be lenient to those who have done their best to destroy the nation’s life.

Saxton remains firm, and for now Howard supports him. The petitioners, however, are powerful and connected persons, and the ultimate outcome of this white and black tug of war is far from certain.

Elsewhere in South Carolina this day, the Abner Baptist Church of Spartanburg County, like hundreds if not thousands in previous months, grants formal freedom for black members “to come and go” as they please.

There is, however, much going, and little coming, as freedmen have little interest in remaining in the white-led congregations which for generations preached that slavery was God’s will for the black race.