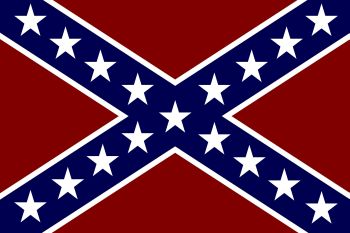 During the American Civil War, many northerners and southerners, soldiers and civilians alike, projected God as their nation’s ally and salvation.

In the midst of the religious rhetoric, many Baptists – especially in the South – hedged on their foundational principle of the separation of church and state and embraced Christian nationalism.

Historically, Baptists championed religious liberty and the separation of church and state from their birth in 1609 forward. For their efforts, they were harshly persecuted by colonial Christian theocracies in colonial America. The enactment of the First Amendment to the United States Constitution, establishing religious liberty and church state separation at the federal level, represented the triumph of nearly two hundred years of Baptist blood and sacrifice.

In the North, Protestants brought to the war a widespread conceptualization of America as a nation anointed by God to spread the light of democracy and freedom to the world and bring about the kingdom of God on earth (including a millennium of peace and prosperity). This blend of American optimism, democracy and social-consciousness served as a type of civil religion in a nation founded upon secularism.

Slavery stood as a significant obstacle to God’s will for the nation being realized, and the war years witnessed a broad understanding of the northern cause as that of God. Mainstream Protestants embraced millennial imagery, a sense of Providence, and a concept of national rebirth and redemption through a sacrificial cleansing (the spilling of blood in war) of slavery from the land. Conversely, during periods of battlefield reverses, some northern preachers insisted God was punishing America for its secular constitution.

Northern Baptists were not as immersed in the pre-war regional socially-conscious worldview as were many other Protestants. And while often equating God’s will with Union victory during the war years, most Baptists did not rise to the level of civil religious rhetoric as did many Protestants. Usually careful to guard church state separation in word and action even as they affirmed the United States as God’s instrument to end slavery, Baptist voices were typically not at the forefront of northern civil religion.

In the South, meanwhile, many white Baptist leaders in the pre-war years defended slavery as ordained and blessed of God. Legally established as an explicitly slaveholding nation claiming God’s favor and guidance constitutionally (contrary to the secular constitution of the United States), the Confederate States of America from the beginning officially wrapped itself in the mantle of God’s chosen nation and people. The official motto of the CSA – Deo Vindice, translated “Under God, Our Vindicator” or “With God as [our] Champion” – reinforced the nation’s Christian identity.

Despite their long-standing heritage of church state separation, many Baptists in the South proved susceptible to Confederate Christian nationalism. During the four years of the sectional conflict, many white Southern Baptists thus struggled with the tension between their historical commitment to separation of church and state and a newfound conviction of the Confederacy as God’s singularly chosen nation. Primitive Baptists, by contrast, largely refrained from political involvement and commentary.

The tension among Southern Baptists is evidenced in local church, associational, state and national records. While refusing to accept government pay for their ministers who served as military chaplains, Southern Baptist preachers and denominational leaders frequently used their pulpits, newspapers and other avenues to proclaim the overt Christian nature of the Confederacy, preach the Confederacy as God’s present singular kingdom on earth, urge the government to enforce biblical law, portray the North as the embodiment of Satan, equate battlefield service with service for God, and advocate a politicized faith.

Thus, many white Baptists in the South supported the concept of a nation – government, society and culture – constructed upon Old Testament biblical laws, while some Northern Baptists (and many other Protestants) strove to use the power of government to forcefully spread broad (but not exclusively) Christian ideals of freedom and brotherly love as expressed in democracy and racial equality (Roman Catholics and Jews, however, were often discriminated against by northern Protestants). And many Baptists both North and South were willing to take up arms in defense of their respective convictions.

In short, the overt Christian nationalism embraced by many Baptists in the Confederate States of America watered down their commitment to the separation of church and state, at times relegating God to the role of Old Testament lawgiver and guardian of the South. Meanwhile, Baptist activists in the North did not negate their commitment to separation of church and state as much as they projected upon the nation a broad New Testament (but not uniquely biblical) concept of social justice, freedom and equality for all in the name of God.

Today, the religious legacy of the Confederacy is evident in much of contemporary American evangelicalism, and many (white) Baptists have entirely forsaken their faith heritage of church state separation in embracing a Christian nationalistic worldview introduced during the Civil War era.

Notes: For a treatment of the larger dynamic of Confederate Nationalism (of which white southern religion was one component), see Drew Gilpin Gaust, Creation of Confederate Nationalism: Ideology and Identity in the Civil War South. Baton Rouge: Louisiana State University Press, 1990. For more information about religion and the American Civil War, see “Recommended Works” section of this site.