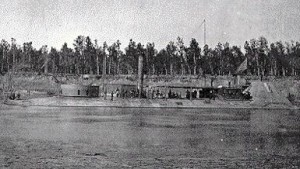 Today is the second day of the Georgia Baptist Convention in session at the Second Baptist Church of Atlanta. Yesterday’s opening agenda included morning worship and initial discussions, reports and resolutions concerning the support of Confederate soldiers and the orphans of deceased soldiers. The focus on soldiers and soldiers’ families is indicative of the mood of the nation at large. As do white Southerners in general, the Baptists assembled realize that if there is a future for the Confederate States of America, it rests upon the will of God and the shoulders of soldiers.

And so, following numerous formalities this morning, Georgia Baptist delegates hear and approve a report on orphans, as requested the day prior.

The committee, to whom was referred the duty of enquiring into the propriety aud practicability of establishing an asylum for orphans in the State of Georgia, report: That they are deeply and favorably impressed with the importance of attempting such an enterprise, but are of opinion that it would be better not to connect it with the Convention. Some brethren entertain doubts whether it would come properly within the objects for which this body was formed, and we all think that the connection would injuriously encumber both institutions. A voluntary association, however, might be formed, whose sole object should be the care of orphans; and we hope that brethren will be found who will carry on the work. We have received already information of individual liberality, which is wanting to be bestowed on such an object.

“We, therefore, recommend that an opportunity be afforded to the friends of such an enterprise to establish such an organization as they may deem best calculated to accomplish the result proposed.

Delegates also vote to petition, for the second year in a row, the Georgia Legislature to undertake the education of soldiers’ orphans.

The afternoon session begins with twenty minutes of prayer for the Confederacy. Shortly thereafter, a “Committee of the state of the Country” is appointed.

The evening session is in the form of a special service led by the Domestic Mission Board and focused on the evangelism of Confederate soldiers, currently the primary task of the Board. A collective offering of $2,103.56 from delegates is taken up to assist in army missions.

Meanwhile, skirmishes continue in Louisiana, where Union forces, en route to retreating from Natchitoches Parish and consolidating forces in Alexandria, defeat Confederate Cavalry in the Battle of Monett’s Ferry. While the Union’s Red River Campaign has fallen short of opening a pathway into Texas, the federals maintain a dominant and expanding presence in much of the southwestern theater of war.

Both to the west and north of the Georgia state line, the Union noose is tightening. Delegates at today’s Georgia Baptist Convention may rightly wonder if their prayer’s for their beloved Confederacy are falling upon deaf ears.