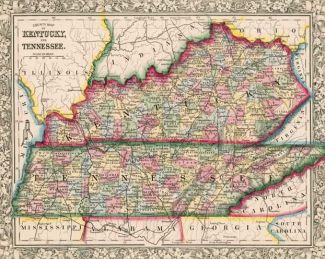 Today in the Second Battle of Dalton (Georgia), Confederate cavalry under the command of Major General Joseph Wheeler, in the midst of a campaign to disrupt Union supply lines north of besieged Atlanta, demand the surrender of the town’s Union garrison. The Federals refuse, driving off the Rebels by day’s end. A detachment of United States Colored Troops aids the Union victory. And while the Confederates damage some nearby rails, the tracks are quickly repaired by the Federals.

In addition, Wheeler’s larger campaign in north Georgia proves ineffective. Atlanta remains on the cusp of falling to Union forces.

Meanwhile, north of the Georgia line in Tennessee, a Mr. Prybus of Bolivar, Tennessee offers his assessment of an enterprising black Baptist minister:  “He entertains travelers in a far better style than anyone on the road.”

“He” is Joseph H. “FreeJoe” Harris, born as a slave on July 18, 1796 in Goochland, Virginia. Becoming a Baptist minister in 1829, Harris was emancipated on September 5, 1832 and shortly thereafter moved to Eads, Tennessee and became an early pioneer of Fayette/Shelby County, Tennessee. Harris and wife Fanny wed on April 18, 1835, becoming the first colored couple to marry in Shelby County.

When not behind the pulpit Harris beginning in the 1840s served as an agent for the Underground Railroad. Prior to the war he became the first colored person to handle U.S. postal mail, while during the war he acted as an agent of the United States government. He owned a stagecoach line, “The Harris Line,” that operated from Bolivar, Tennessee to Memphis, often hiding slaves underneath the stagecoaches. He also opened a Stagecoach inn, and it was his lodging business of which Prybus is so complimentary this day.

In addition to all of the above, Harris is involved in various other ventures, including the construction,  agricultural, ranching and real estate industries. A highly successful minister and businessman, Rev. Joseph Harris dies in 1875 and is laid to rest in the cemetery of the Gray’s Creek Missionary Baptist Church.