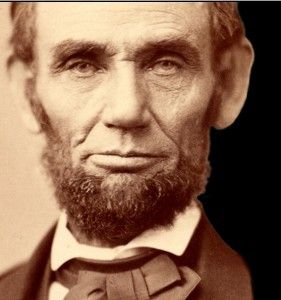 Military strategy Lincoln leaves to his generals and admiral. The president’s concern is that which will happen after Richmond is captured and Confederate General Robert E. Lee is forced to resign and the war concludes. Lincoln’s plan is deal with the Southern states leniently in order to, quickly as possible, bring order back to the Union.

Meanwhile, among Confederate soldiers having enlisted at the beginning of the war and yet surviving is Richard T. Caddin (1841-1916), born in Colleton County, South Carolina and a Baptist minister. Caddin enlisted on March 31, 1861 in Company B, 11th Regiment, South Carolina Infantry. Wounded at Cold Harbor in 1864, this month he is captured at Fort Fisher, North Carolina, and is now imprisoned at Hilton Head, South Carolina.

Caddin remains imprisoned until June, when he is paroled. Moving to Florida in 1867, for many years he pastors churches in Polk and Pasco counties, also serving as a missionary for the Pasco Association and the Florida Baptist State Convention.

Caddin is one of numerous Baptist soldiers who, after the war, spend the rest of their working lives in the ministry. Some seek reconciliation with their former enemies, while others remain openly partisan.

Upon his death, Caddin is buried in the Mount Olive Baptist Cemetery in Polk City.